Personal disaster struck the president elect prior to his 1853 inauguration. 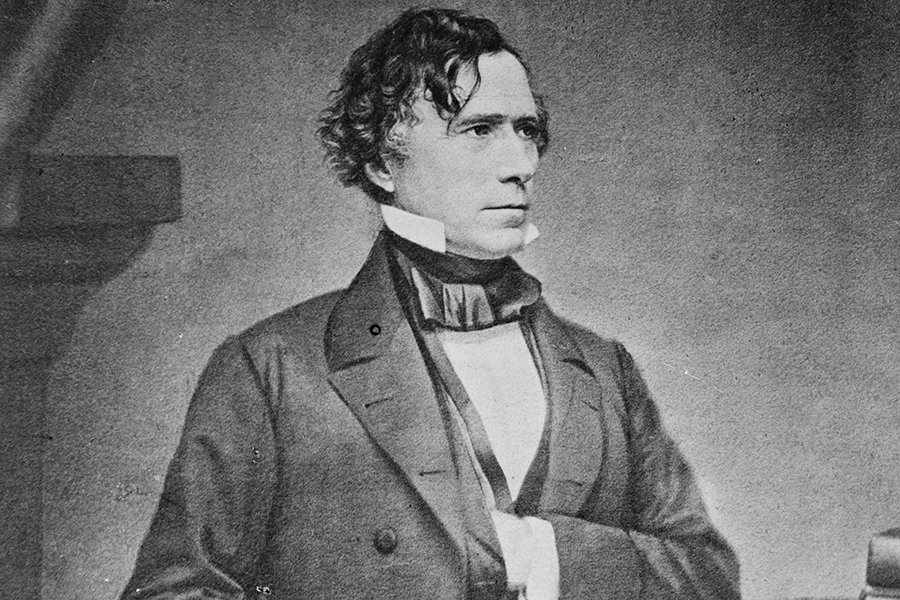 Though history has not been particularly kind nor cruel to the oft-forgotten Franklin Pierce, life certainly dealt the 14th president a tough hand.

The New Hampshire Democrat won the 1852 presidential election and is perhaps best remembered for supporting the Kansas-Nebraska Act, which angered northerners and heightened pre-Civil War tensions by repealing the Missouri Compromise. But before Pierce’s less-than memorable White House tenure began, the president elect was hit with a personal disaster.

On a chilly January 6, 1853, Pierce, his wife, and his 11-year-old son, Benny, traveled by train from Andover back home to Concord, New Hampshire. The family, having been in Massachusetts for a funeral, boarded the two-car locomotive at around 1 p.m. But minutes after settling in their seats, tragedy struck.

One of the train’s axles suddenly fractured, and the Pierces’ car tumbled off the tracks and down a 20-foot embankment. The train car, according to a New York Times account of the wreck, “broke in pieces like a cigar box.” The accident resulted in several injuries and one fatality: 11-year-old Benny Pierce, who was nearly decapitated and killed instantly.

Benny was the third son Pierce and his wife, Jane, had lost. The boy, whom Pierce “almost idolized while living,” was described as intellectual, kind, and agreeable by his contemporaries. Benny’s death took a steep emotional toll on Pierce, who, according to the Washington Post, refused to swear on the Bible during his inauguration because he was convinced God was punishing him for past sins by killing his son. Jane Pierce, who was enveloped by anguish, did not attend her husband’s inauguration.

Pierce would eventually fail to win his party’s nomination for the 1856 election, losing to future President James Buchanan. Jane Pierce died of tuberculosis in 1863, and Franklin Pierce, who turned to heavy drinking at the end of his life, contracted cirrhosis and died in 1869. Though the tragic train wreck left Pierce with only minor bruises at the time, surely the emotional lacerations were eternal.