A post-2017 dispute between Delaware North, which runs it, and Millennial Entertainment Ventures, its subcontractor, is not a good sign. 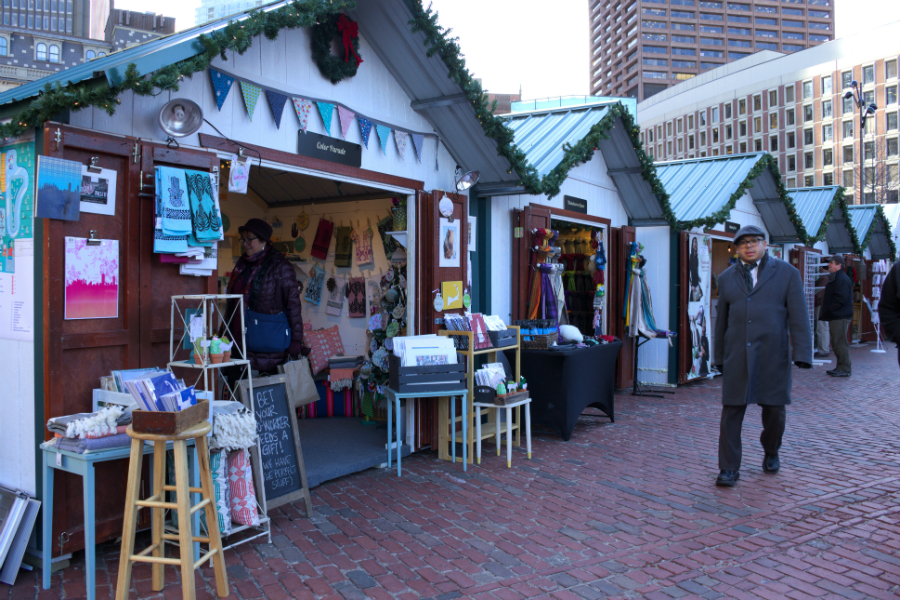 It’s clear City Hall Plaza needed help. The big brick-laden black hole—notable only in the fact that it’s such an architectural oddity you can put pretty much anything there at any time without inconveniencing anyone—was ripe for something better. That something better in the colder months has been Boston Winter, a shopping destination with a bar and a quirky skating rink that has been overseen by Delaware North subsidiary Boston Garden Development Corp. since it won the contract to do so in 2016.

It’s been a fun and festive little village, and given a very visible platform to businesses trafficking in handmade crafts, who pay a fee to set up shop in one of many Swiss-style chalets. Plus, locals trekked out in droves to check it out, with the Boston Globe reporting back in December that more than 300,000 people had visited the attraction in just over a month.

If the messy fallout after the 2017 season is any indication, it is certainly not looking as rosy as it did when it first debuted last season. Delaware North filed suit to cut ties with its subcontractor, Millennial Entertainment Ventures, which was in charge of vending booths and food, and Millennial announced it’s walking away on its own.

The Boston Globe reports that allegations have emerged in a letter to City Hall from Millennial of mismanagement, contract breaches, and unspecified discrimination, and its founders have also pointed the finger at city officials for not heeding their concerns sooner. The Boston Garden Development Corp., meanwhile, claims Millennial owes them $235,000 from 2016 and has tried to amend their original agreement. Millennial has now called for an independent investigation.

At the heart of Millennial’s complaint is a distressing fact: According to them, in all the cheery bustle, nearly half of the vendors either lost money or barely broke even. That is not good.

It wasn’t exactly a perfect year for this kind of thing. Though the skating rink and other features will remain open through February, the vendor section, which Millennial ran, concluded amid one of the most frigid and inhospitable winter stretches in Boston history.

So can they sort this out? The city says in a statement it plans to keep the event going “for years to come.” I sincerely hope they’re right. Because Boston Winter, both years, was actually great. It should, in theory, be a win-win-win for the city, shoppers, and local businesses. And it’s infinitely better than what is typically happening on City Hall Plaza this time of year: nothing.