The coach also dispelled rumors that he would leave Foxborough at the end of the season. 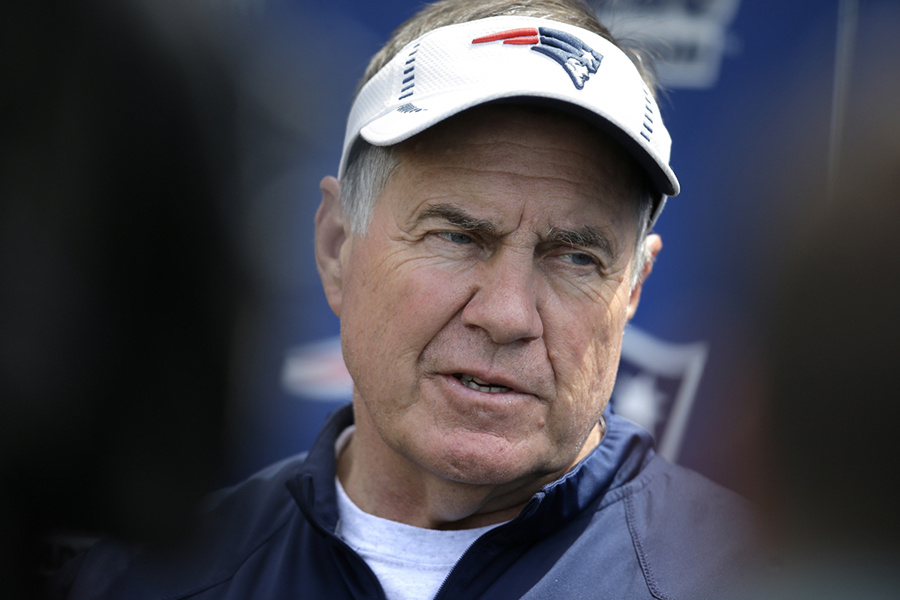 Bill Belichick probably did a lot of reading this weekend—scouting reports, playbooks, maybe some expert analysis of the Titans-Chiefs game.

But he most certainly did not read the ESPN story about the turmoil in Foxborough, so everyone can just relax because there’s a game to play and a Lombardi trophy to win.

Last week, the worldwide leader in sports released a bombshell feature on the tension brewing between Belichick, quarterback Tom “The Storm” Brady, and Patriots owner Robert Kraft. But Belichick, who is busy, said on Monday that he hasn’t read the article, MassLive reports.

According to the ESPN story, Belichick (who isn’t exactly known to be forthcoming with the media) was against trading former backup quarterback Jimmy Garoppolo and was forced to do so by Kraft. However, the coach declined to respond to questions about the anecdote and referred to the unattributed comments in the ESPN story he did not read as “baseless,” according to MassLive.

On Friday, the Patriots released a joint statement from Kraft, Brady, and Belichick following the publication of the unread ESPN story. According to the team, the trio is not destined for a split, but rather “share[s] a common goal” and “stand[s] united.” And the media reports, which have been read by at most two of the three men making the statement, “are unsubstantiated, highly exaggerated or flat out inaccurate.”

Belichick, who has read all of the Harry Potter books but definitely not the buzzy story about him, also put to rest rumors that he was looking for a home outside Gillette Stadium on Monday. On Friday, The New York Daily News speculated Belichick could fill the top post for the Giants, but the hoodied wonder said he “absolutely” plans to be in New England next season. He will presumably continue to not read the story for the rest of 2018.