A Kingston Commuter Rail Train Hit a Truck in Weymouth

And the MBTA experienced delays. 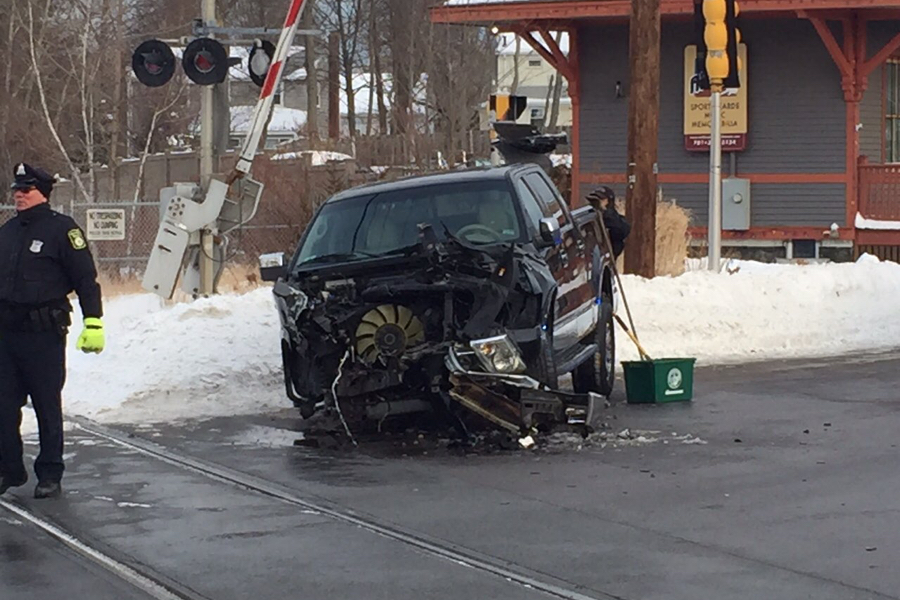 Commuter rail service was disrupted Monday morning on the Kingston line after a train collided with a truck on the tracks in Weymouth.

No one was injured when an outbound train hit the pickup truck, which apparently stalled at an intersection. It was unoccupied, having been abandoned on the tracks, according to T spokesman Joe Pesaturo.

The T reported the incident on Twitter at 7:47 a.m. The truck was removed and traffic resumed around 9:30 with delays in both directions.

Elsewhere this morning, 10 of 12 commuter rail lines faced delays or cancellations after temperatures dipped below zero and the bitter cold wreaked havoc on the MBTA’s tracks. The Blue, Red, and Green Line B trains all reported delays this morning, and the tunnel between the Red and Orange lines at Downtown Crossing flooded.

Before the morning commute, the agency was telling commuters to expect their trips to work would take 15-20 minutes longer. “In extremely frigid conditions,” the T wrote in a press release Sunday, “hundreds of MBTA employees and contractors have been working non-stop to keep the system functioning.”

The T has advised passengers to check its alert page for updates on conditions for all of its vehicles.