The Patriots quarterback shared a defiant message on Monday as the team prepares for its first playoff game. 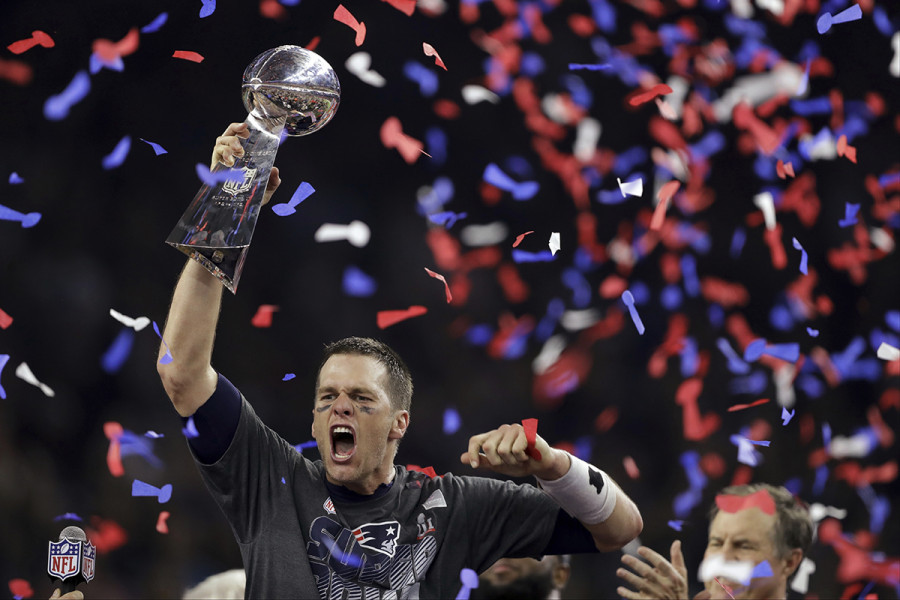 Tom Brady, with the playoffs upon us and the effects of snow and bitter cold still lingering in Foxborough, shared a defiant and inspirational message on Instagram Monday morning: “I am the storm.”

“Fate whispers to the warrior, ‘You cannot withstand the storm.’ The warrior whispers back, ‘I am the storm,’” reads the message, which accompanies a photo from October of the Patriots playing the Falcons in a very foggy Gillette stadium.

“Fate whispers to the warrior, ‘You cannot withstand the storm.’ The warrior whispers back, ‘I am the storm.’” – Unknown

Which storm, exactly, he’s alluding to here is up to speculation. The playoffs are a kind of storm, metaphorically speaking, and Brady has certainly been a warrior for this team, which clinched the AFC East this year for the fifteenth time.

It also comes as Massachusetts is still reeling from a very non-metaphorical storm, which pounded the region with snow and was followed up with the sub-zero temperatures we experienced this weekend. And, remember, the “no days off” Pats did in fact practice during a “bomb cyclone,” and the team has been known to use its tolerance for bitter cold as a tool of psychological warfare.

Or maybe the “storm” is the recent swirl of rumors about a rift forming among the team’s owner, its QB, and its coach (which the trio has denied), and the fresh criticism of Brady’s mysterious and controversial trainer.

Brady is definitely fond of cryptic messages on social media, like last month when he posted a poem about trees before a showdown with the Steelers.

As for the quote itself, its origins do in fact appear to be unknown. It’s popped up in a number of images on Instagram and sites like Tumblr and Pinterest, always without any verifiable attribution. It also just so happens to have appeared in an inspirational poster hung at Trump Tower.

No matter what TB12 is trying to tell us, the forecast calls for the Patriots to play the Titans at Gillette on Saturday, a day currently predicted to be 49 degrees and rainy. Stormy!

Tom Brady on IG this morning- “I am the storm.”