The MBTA is still wrestling with the fallout of last week's bomb cyclone. 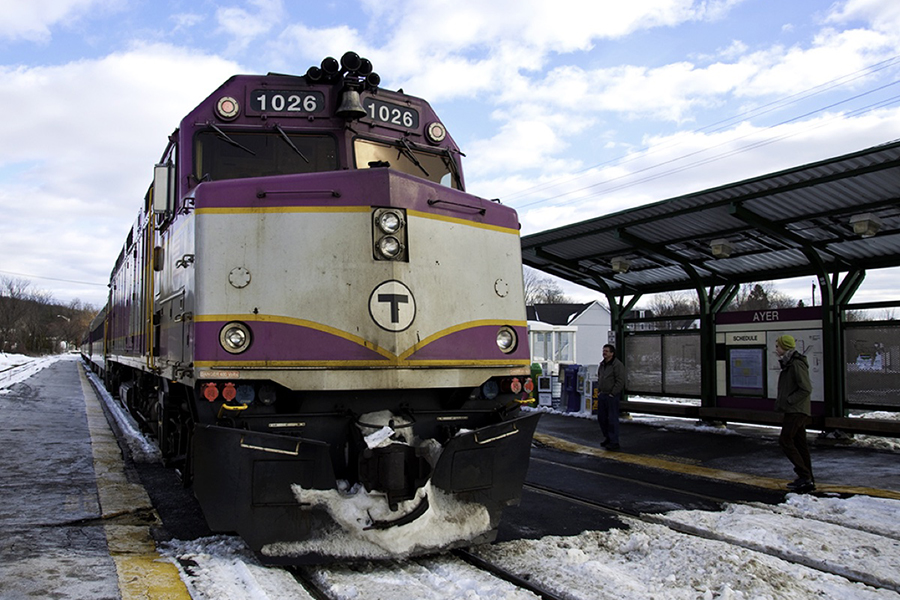 Slush was a beautiful sight for commuters’ ice- and snow-weary eyes Tuesday morning, as January’s temperatures finally climbed back to habitable levels.

But five whole days after the bomb cyclone, passengers still can’t rely on the commuter rail to get to work—and Keolis is throwing in the towel on some people for the rest of the week. It’s only Tuesday, but according to the Boston Globe, 10 trains on the Newburyport/Rockport Line scheduled through Friday have already been canceled.

According to the MBTA, storm-related track damage and “historic tidal flooding” are to blame for this week’s disruptions, which will affect passengers during the morning and evening rushes. So much salt was dropped near the tracks as a result of the storm that the commuter rail’s signaling system was compromised and trains were halted, Keolis said in a statement to the Globe. And Newburyport/ Rockport passengers aren’t the only ones dealing with a frustrating ride in this morning: The MBTA also reported delays on the Haverhill line early Tuesday.

The commuter rail (which has a far from sparkling reputation) ran a limited schedule during the storm and offered service that was spotty at best on Friday—and Gov. Charlie Baker’s political opponents certainly took notice. Democratic gubernatorial candidate Jay Gonzalez, who rode the MBTA to work during the brunt of the bomb cyclone, criticized the T’s winter service at Monday’s transit board meeting. According to WGBH, Gonzalez blamed the Baker administration for dragging its feet on system updates and argued that more taxpayer dollars should be directed toward MBTA maintenance.

Despite the commuter rail’s failures, members of the MBTA’s Fiscal and Management Control Board praised T employees for their consistent efforts to clear the ice and snow from the system’s tracks, switches, and signals.

“[I want to] express my admiration and appreciation for the work that the men and the women of the T did over the last period of 10 days,” chairman Joseph Aiello said at Monday’s board meeting. “The brutally cold weather, the snow, the ice—just a remarkably challenging set of conditions that you all faced, and at least from the perspective of one board member, really incredible work and dedication of every member of the team that was out there.”

Passengers on the Newburyport/ Rockport line may not have such a positive review.