The legendary Celtics coach reached the milestone in a game against the Lakers. 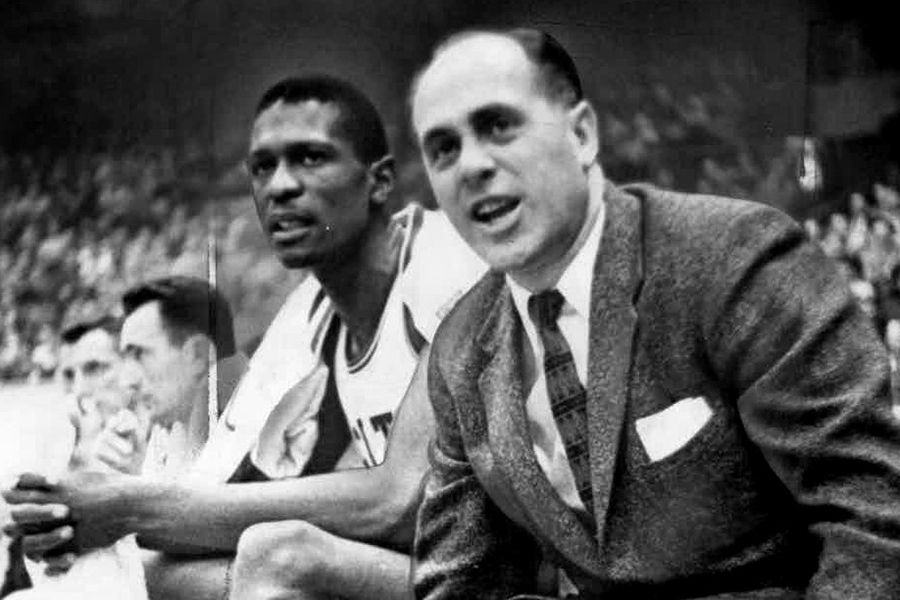 It was, for all intents and purpose, not a great game.

Sure, it was still Lakers-Celtics. Sure, Bill Russell was on the court. Sure, the NBA was gaining in popularity. But when the Lakers visited Boston on January 12, 1966, the Californians’ star player, Jerry West, was out with an eye injury. And, after the Lakers came out of the gates with an early 16-10 lead, the Celtics recovered to secure a 114-102 victory in front of a paltry 6,197 fans.

It was unremarkable—save for the fact that the Wednesday night contest was Celtics coach Red Auerbach’s 1,000th career NBA victory.

The Celtics legend, who would be a key component of 16 of the franchise’s 17 NBA titles, helped rewrite basketball history and was a trailblazer of the modern game. His 1,000th career win—which took into account regular season and playoff victories—was his 848th W with the Celtics. At the time, Auerbach’s statistical resume was unmatched. And it seemed, that after notching four digits-worth of victories, the cigar-smoking coach would never be caught.

The Boston Globe marveled at the time that “No other basketball coach anywhere—high school, college, or pro—has ever won that many, and it’s doubtful if any will again.” The coach himself seemed awe-struck by his pedigree and noted the consistent excellence required to win roughly 50 games a year for 20 years.

Of course, the Globe’s prediction turned out to be false, and several coaches have won more games in their careers than Auerbach ever would. And yet, there’s eternal glory in being the first to climb an athletic Mount Olympus, and as one of the NBA’s pioneering coaches, Auerbach’s legacy was more than cemented when he notched his coveted 1,000th victory.

But the combative Auerbach was hardly immune to roadblocks during his career. For instance, his start with fans in Boston began on the wrong foot, when he infamously passed on drafting Bob Cousy, a star guard out of Holy Cross. But it was the challenges that shaped his eternal drive for victory.

“A guy is not a true champion until he has tasted defeat,” Auerbach said to the Globe in 1966. “It makes winning that much greater.”