He thinks Tom Brady is odd, hates Donald Trump, and after 37 years, Matty in the Morning is still the king of Boston radio, with no plans to give up the throne anytime soon. —By Hilary Sargent 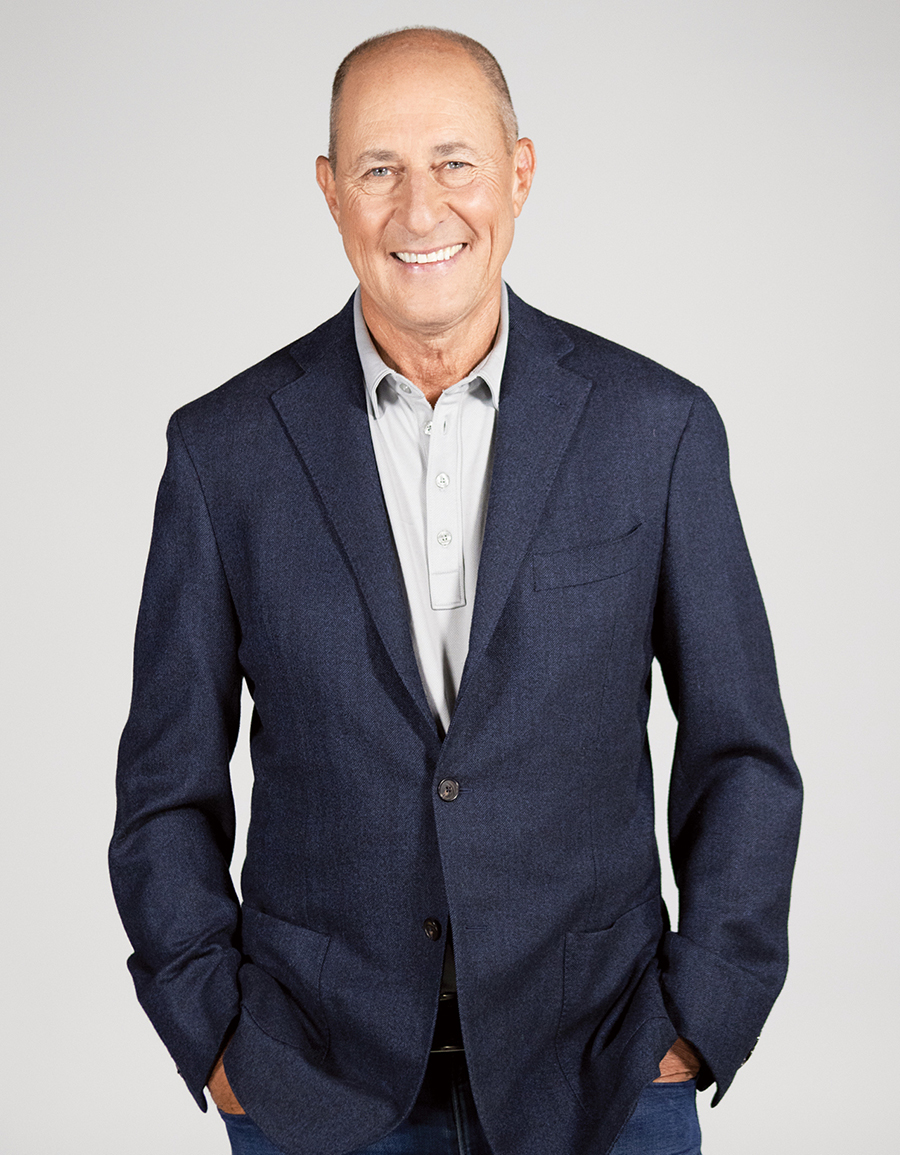 Matt Siegel is not a happy camper. It’s a few minutes before we’re supposed to meet at the Four Seasons when he calls to let me know that traffic is terrible and he’s going to be late. In fact, he says, gridlock is so bad driving in from the Kiss 108 studio in Medford, which broadcasts the Matty in the Morning show each weekday, that he’ll likely remain stuck behind the wheel for hours…maybe even days. Moments later, though, Siegel, 67, bursts through the hotel entrance—a mere two minutes tardy—dressed like a sitcom version of a “cool” dad: jeans, suede Puma sneakers, and a sweater. And in case you’re wondering: Yes, he’s still ticked off about the traffic.

Are you usually this upset about Boston traffic?

It’s unbelievable. Everybody’s talking about it and no one really knows what happened. There’s just a crazy amount of construction. I get mad at the police. They don’t care when the traffic is destroying people. The police should help a little. Maybe get rid of the speed limits.

Well, I never thought of it that way. Maybe, yeah. Maybe.

Speaking of ratings, how much attention do you pay to them?

I don’t think about it every day. We get weekly ratings, so I look at them. We’ve been within the top three my whole career. That’s why they keep giving me contract extensions. Because of my show being pretty successful over the years, we compete with everybody to be number one. But it’s weird. Magic 106.7 could pop, and then WEEI can pop, which is the complete opposite station. The ratings are very peculiar. They’re hard to judge. But I’m kind of—how do I say this?—confident. I’ve done it for decades. So if we don’t win one week, it’s like, “Oh, bad week. Shit.”

You’re noticeably absent from social media. Why is that?

I’m not a big social media guy. Definitely not Facebook. I don’t care what any of my friends’ wives are doing on the weekend. I started talking on Twitter about Trump, and then we got a lot of Twitter complaints from Trump fans, so I went off Twitter. I talked to a friend of mine who’s a drive-time competitor, Fred Toucher [of 98.5 The Sports Hub]. He’s my competitor, but we’re friendly. And he told me he went off Twitter because he can’t take it anymore—the abuse. Now he does a sports show, so it’s guys. Kiss 108, on the other hand, the audience is much more female. I know it’s sort of a cliché for a guy who’s older to say, “What’s going on with this social media stuff?” But I really hate it. People are just insanely mean for no reason. I don’t even know what that’s called. Is it just a repressed society where all of a sudden they’re free to say whatever they want? The funny thing is that even though I’m kind of a wise guy, that stuff really bothers me. In the abstract it bothers me that it exists, and in a personal way, too.

But for someone who doesn’t care about social media, you realize you still have a billboard with emojis on them?

I have an excellent staff. I have heard of emojis, those little cartoon things. I have a really good marriage, and we text each other early in the morning, and I’ll send an emoji, a little goofy thing to her. Like, “What time is dinner?” with a little chicken. I’m not of this era.

You’ve been on the air in Boston a long time—since 1981. You’ve often said that your show has always been based on real stuff, that it’s not fake-funny. Is that why it remains so successful?

A lot of the show is personal stuff, interpersonal stuff, and that’s how I think we built the fan base. Because people think they know me. I get that all the time: “I feel like I know you.” People are always saying that.

Has the Trump presidency changed how much you talk about politics on the show?

How do you not talk about it? It’s the elephant in the room, you know? I hate Donald Trump. It’s well documented. I think he’s just an awful person in every possible way. And I’m, like, fixated on it. I follow his tweets every single day, and then I get really aggravated, and then I think to myself, Hey, stop doing that ’cause you’re just getting yourself aggravated, and then the next day I do it again. I mean, just the way he talks. His narcissism is almost bizarre. He’s almost like a cartoon character. He puts himself into every single aspect of American life.

Aside from social media, traffic, and Trump, what else really gets under your skin?

I have problems with Tom Brady a little bit. Well, I think—I don’t know—I’ve been in the public eye here a long time and it never, ever would occur to me to say to somebody, “Do what I do.” The diet stuff—that bothers me. The relentlessness of that. It’s really odd, and the more Brady talks about it, the more odd he seems to me. I mean, I like the Patriots, I root for the Patriots, I don’t want them to be odd. His diet is sketchy.

How much has the show changed since you started? Has the audience changed?

It has changed over the years. We’re not really guest-oriented anymore. We used to have a lot of guests. It’s just different. Times have changed. Movie people don’t really go from town to town like they used to. I used to have everybody in the old days. I talked to Tom Cruise, Tom Hanks. I liked meeting Ben Affleck and Matt Damon and those guys. I have a picture of me hugging Oprah Winfrey. Met Jeff Bridges, one of the coolest guys in the world. But that doesn’t happen as much anymore because the business has changed. They don’t even bother calling local radio anymore. They’ll go on maybe Howard Stern or Ryan Seacrest or somebody that’s got 180 stations.

You said most of your listeners are women. Why do you think that is?
Cuteness, I think. My personal, physical appearance. I’m guessing. You’re asking besides cuteness? Well, I’m funny. I’ve made a career out of making women laugh.

Do you think of yourself as a comedian?

Yes, I think of myself as a comedian. All I do is look for jokes, constantly. That’s all I do. Every time I turn the mike on, I’m just trying to think of something funny, and I’ve been able to do that. It’s a weird skill I have, but I’m pretty good at it. I’ll tell you this. I had Hillary Clinton on Election Day. That was a real get. It was awesome, and I made her laugh. We were just joking around, silly stuff. And people say, “If she was like that, she would have been elected.” Because I just joke around, and most people would never joke around with Hillary Clinton.

How do you feel about the whole Harvey Weinstein story?

One of the aspects that has struck me is the whole aspect of attacking women. I’ve never understood that. You’re rich and powerful—you can’t find a date? Even if you’re married, you can’t have an affair with somebody? I mean, I guess that’s sort of a sickness, the need to abuse women. It’s awful. But I’ve never been like that. If a woman wasn’t interested in me, I would just stop. I was never one of those guys who kept calling. Weinstein is really sick.

Does your wife listen to the show? Is she ever critical of things you say?

Yeah. I mean, she doesn’t sit by the radio. She criticizes me in real life. She doesn’t criticize the radio show. Oh, actually, that’s not true. What am I saying? She once called up and said, “You guys sound like fools.” It was Billy [Costa] and I, and we were talking about some stupid thing. It’s amazing how much I don’t remember. It’s the flip side of ad-libbing. It’s really interesting. Because I have this ability to ad-lib, I also forget it. Like I think of a funny thing to say on the spot, and then five seconds later, it’s gone, I don’t remember it.

People assume you must wake up at an ungodly hour. Is that true?

I get up at 5:30, while my cohosts Billy and Lisa [Donovan] are more like 4 in the morning. I don’t go on until later. We front-load the show by design with some commercials and music to give the rest of the hour more room.

Have you ever said anything on the air you regret?

What’s the most profound change you’ve seen in Boston since you arrived on the scene here in the early ’80s?

Southie was Southie. Charlestown was Charlestown. They were different. And then there were the people who lived in the fancy houses out in Newton. It doesn’t feel like that as much to me. It’s not like the old Boston that was kind of rough in a way. I mean, you’d go to the ballpark and there would be fights. You don’t see that stuff anymore.

Let’s say you had to listen to public radio every morning straight for one month. Would you go with WBUR or WGBH?

I could only listen to WBUR or WGBH? Well, I don’t know the difference. Which one is Margery Eagan on? I like Margery.

Then that’s the one. I would go to Margery.

Are you thinking about retirement?

The truth is, I just don’t know how much longer I can do it. I can’t remember anyone’s name any longer. But retirement is not really in sight right now. I accidentally recently signed a long-term contract. I wasn’t thinking clearly. I’ve got another three years after this year. So, 2020, I guess. I have a thing in the contract to be a sort of bridge to the next person. I don’t know what that would look like. But that’s subject to change. I could stay or I could leave. I’m at the point in my career where it’s just gravy. It’s like a lifetime contract, to be honest. I don’t know how to say this—it’s a fair amount of money. It’s like golden handcuffs.

What do you think you would do if you did retire? How would you spend your time?

Well that’s kind of why I’m not going to retire. Because I don’t know how I’d fill the days.

You don’t like Trump, or traffic, or social media, or the gym, or winter. What about the pop music that plays during the show? Do you at least like that?

Pop music? Are you crazy? I listen to ’80s music. When Rick Astley retired, that was the end of my interest in pop music. [Starts singing Astley’s “Never Gonna Give You Up.”]