She'll also join Robert Kraft on the field this weekend at the AFC Championship. 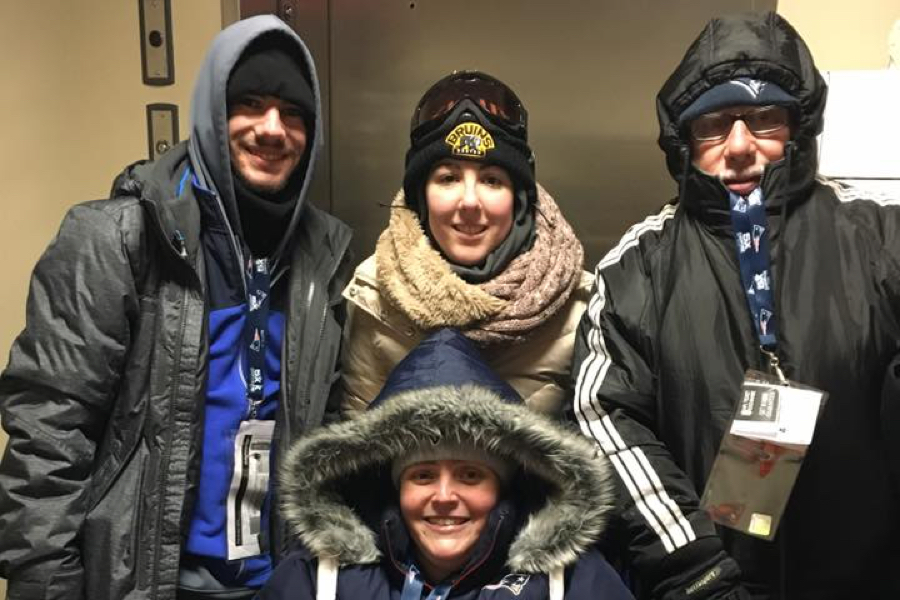 For one Patriots mega-fan, the story of a stolen wheelchair at Gillette Stadium has a happy ending.

Cindy Morais, a 6-year season ticket holder from Providence, was shocked at Saturday’s playoff game against the Titans when she discovered that her wheelchair, which she stashes under a set of stairs when she attends games, had vanished. Morais’ mobility is impaired by cerebral palsy.

A friend, Samantha Medeiros, took to Facebook shortly after to vent, tell the story of her pal’s undying love for the Pats, and ask for help tracking the device down. “[W]e couldn’t wrap our heads around that,” Medeiros wrote in a widely shared post. “Who goes and steals someone else’s wheelchair?” Gillette staff helped Morais to a car and promised to let her know if the wheelchair turned up, Medeiros wrote.

“Cindy’s chair has been found!!” Medeiros wrote in a follow-up message. She says an employee from Gillette explained that the wheelchair had been moved by a food service worker into a first aid area because it blocked a door. For reasons that are not yet known, the wheelchair was found on “the complete opposite side of the stadium” from where they had been sitting.

Robert Kraft and co. appear to have taken the issue pretty seriously. The Patriots owner himself called to speak with them, she says, and has promised to give Morais “a customized Patriots wheelchair” and invited her to join him on the field as his guest at the AFC Championship.

“I could not be happier for Cindy,” Medeiros wrote, in a message that thanked the team, as well as the media for all of its coverage of her story. “She has always been a role model for me and is someone who consistently puts others before herself. Looks like good things come to those who do great things!”