One Last Question: Why Is Wiscasset Called “The Prettiest Village in Maine?”

Is it just shameless self-promotion? 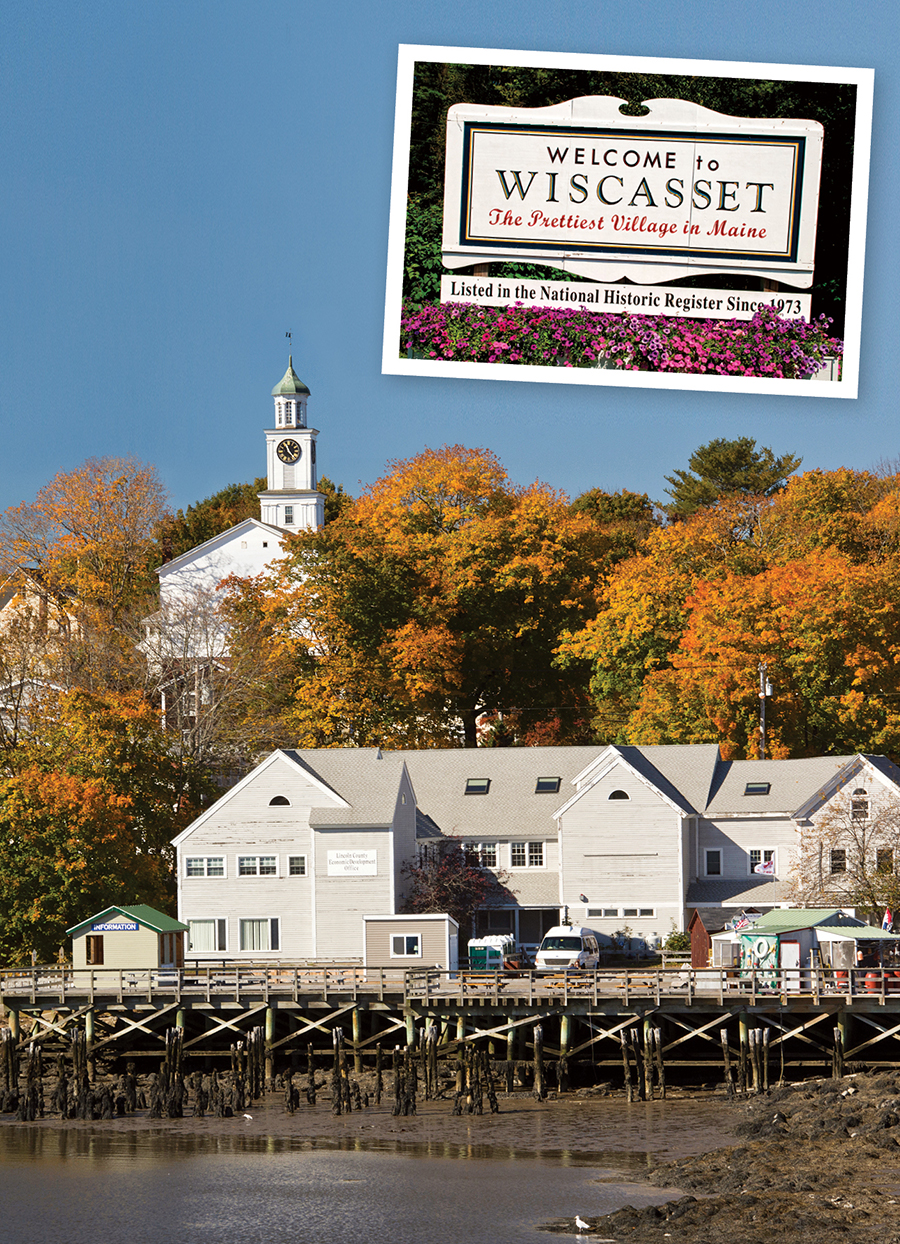 I spend a lot of weekends in Maine during the summer, and I regularly pass through Wiscasset on Route 1. I’ve always wondered about the sign when you get into the town that calls it “The Prettiest Village in Maine.” That seems like quite a statement. How did Wiscasset get this title in the first place? Is it just shameless self-promotion?

I laughed when I saw your question, R.R., because I am married into a fine, upstanding Maine family, and so I too have spent many weekends doing that drive. And considering that this wee burg is perhaps better known (albeit unofficially) as “The Biggest Traffic Bottleneck in Maine”—thanks to Red’s Eats’ famous lobster rolls and a 25-mile-per-hour speed limit—I’ve had plenty of time to sit in the car and ponder Wiscasset’s prettiest-ness. Not to mention the slogan, which has always rankled me with its “America’s Team” style of presumption.

So where did it come from? Lincoln County Historical Association president Ed Kavanagh told me that the far-out phrase was inspired by the 1924 book Maine Beautiful, by then-famed travel writer and photographer Wallace Nutting. “Wiscasset enjoys a well-deserved reputation for the beauty and quaintness and dignity of its green, and the old dwellings about it,” Nutting wrote. “Perhaps there is no other Maine village able to compete with this in the range of its attractions.” It’s easy to see how such a lofty encomium could become a straightforward motto—especially for a place once known as “The Worm Capital of the World” for its bait industry—but exactly how it happened is unclear. What Kavanagh did know is that by 1973, the village’s lovely center had been listed in the National Register of Historic Places, and that’s when the first version of the sign went up. From there the simple phrase became successful marketing, repeated without question in countless guidebooks.

But come on, in a state as abundantly beautiful as Maine, nearly every town’s a contender. In fact, Wiscasset came in only fourth in a Down East readers’ poll, behind Camden, Boothbay Harbor, and Damariscotta. Camden also nabbed a Condé Nast Traveler nod for being the fifth-prettiest town in the U.S. Don’t forget Bethel, which calls itself “Maine’s Most Beautiful Mountain Village.” Since this all feels arbitrary anyway, I nominate my wife’s hometown of Union for its graceful town common, blueberry fields, and high ridge with views of Penobscot Bay and the White Mountains. So there it is: Union is the prettiest village in Maine. Take that, Nutting.