Boston Is on the Amazon HQ2 Shortlist 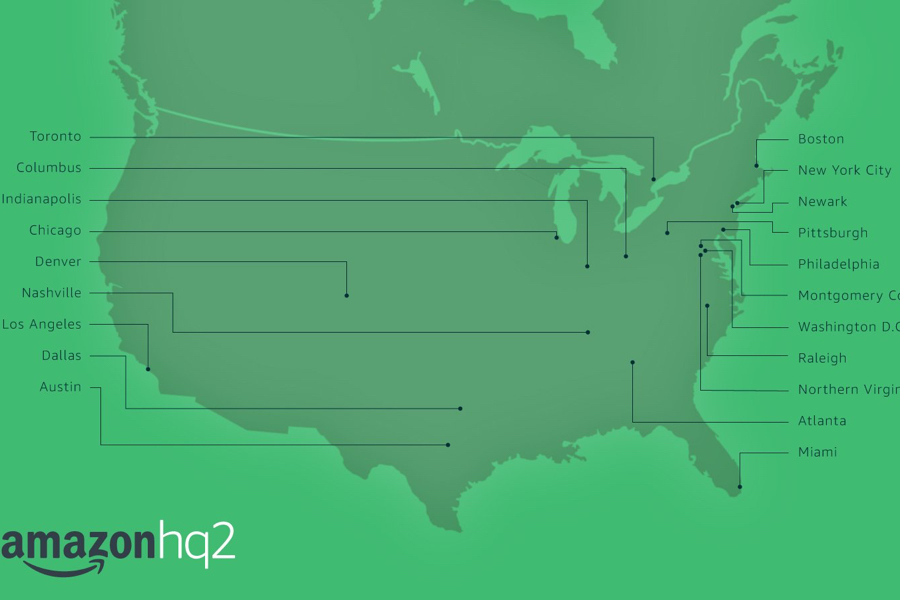 We probably shouldn’t be shocked, but Amazon has released its shortlist of cities it’s considering as the location of its sought-after “HQ2,” and Boston is on it.

“Getting from 238 to 20 was very tough,” Holly Sullivan of Amazon Public Policy said in a statement, adding, “all the proposals showed tremendous enthusiasm and creativity.”

Boston, like just about every other major city, submitted a pitch to the e-commerce giant in October. The city’s love letter to Jeff Bezos touted the region’s educational firepower and its medical and technology sector.

“I am proud that Boston is on Amazon’s shortlist for its second North American headquarters,” Boston Mayor Marty Walsh said in a statement Thursday. “As a thriving city with a talented and diverse workforce, culture of innovation and opportunity for all, I see no better city than Boston for Amazon to call their second home.”

We were the only city in New England to be selected. Among areas that didn’t make cut are several in Massachusetts—including Worcester, which offered extremely generous tax incentives worth $500 million—as well as Rhode Island,  Connecticut, and New Hampshire, which went out of its way to mock Boston in its bid.

It wasn’t clear from the Amazon announcement which of several locations in Boston it has its eyes on, but the city has been pushing the Suffolk Downs racetrack that straddles the border of East Boston and Revere, which is ripe for development. A spokesman for Amazon clarifies that the company is considering the “Boston Metropolitan Area, which includes Boston and Somerville.” Somerville’s pitch includes a number of potential sites along the Orange Line and includes locations in Boston, Cambridge, Everett, and Chelsea.

There are both tremendous benefits and costs to having Amazon build a massive (it estimates it’ll need 8 million square feet) outpost here. The company says it would invest more than $5 billion in construction and employ as many as 50,000 people in “high-paying jobs.” It would also pump the city and state’s coffers full of tax money. At the same time, it would have a dramatic impact on the city as it has in Seattle, strain public infrastructure like the MBTA, and likely kick into overdrive the rapid rise in housing costs in East Boston.

In its announcement, Amazon said it would “work with each of the candidate locations to dive deeper into their proposals, request additional information, and evaluate the feasibility of a future partnership that can accommodate the company’s hiring plans as well as benefit its employees and the local community.” It’s expected to make a final decision later this year.