Rancourt has sung the "Star Spangled Banner" at TD Garden for more than 40 years. 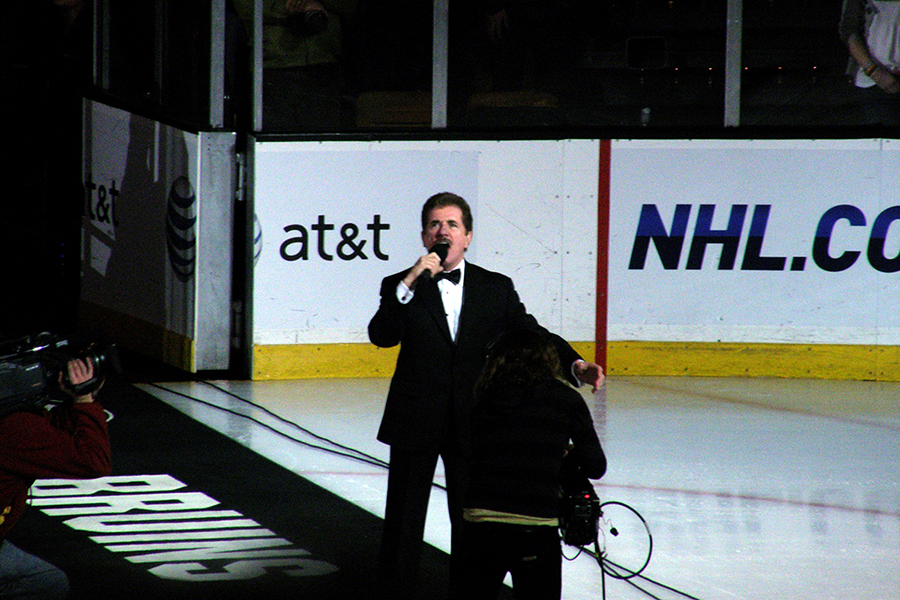 The twilight’s last gleaming has arrived for Rene Rancourt.

The Bruins’ national anthem singer, who has been serenading hockey fans in Boston for more than 40 years, announced he will retire at the end of this season. The Lewiston, Maine, native will be honored at the team’s final regular season game on April 8 against the Florida Panthers, the Bruins said in a press release.

Despite his seemingly indefatigable pipes, the legendary Rancourt admitted that he can’t out-skate the sands of time.

“Mother nature is calling,” he told reporters on Wednesday. “I’ve been trying to act very young. I’m fooling a few people, but Mother Nature cannot be fooled. I’m 78. Maybe I started to think of retirement at 68, so I’m a little late.”

Rancourt was graduate of Boston University’s School of Music and to say he wasn’t an NHL expert when he started his gig at the Garden would be an understatement. Despite having sung at hockey games in his home town and at BU, the singer’s first foray into Boston’s professional sports scene was during a Red Sox game. And when John Kiley, the former organist at Fenway Park, pitched Rancourt on the idea of serenading Bruins fans, the opera singer said he didn’t even know where the team played.

“I would never have gone to a hockey game. I’m an opera singer,” he said. “And when I saw the fan reaction, it was a far cry from the grand old opera, I’ll tell you. It was unbelievable. I said, ‘These are my people.’”

In addition to his singing ability, Rancourt’s pizzazz—from his iconic tuxedo to his boisterous personality—has made him an irreplaceable part of the Bruins family. One of the singer’s most memorable moments came on April 17, 2013, the first game after the Boston Marathon bombings. Instead of finishing out the song by himself, Rancourt ceded center stage to the crowd, allowing fans to complete the “Star Spangled Banner.”

“I was very, very afraid of doing that,” Rancourt told the Boston Globe. “The reaction was something I will never, ever forget. That’s my proudest memory.”

Though the singer joked that he plans to do “as little as possible,” during his well-earned retirement, there’s still a chance you might get to hear from him again. He may no longer be at the Garden, but Rancourt hasn’t ruled out a little old-fashion wedding crashing.

“If they’re willing to sit there and listen to me sing the national anthem, I’ll gladly come with the tuxedo,” Rancourt said. “I’ll even buy a new one.