Activists Prepare for Second Women’s March in Cambridge and Boston

Protesters will gather in Cambridge on the anniversary of President Trump's inauguration. 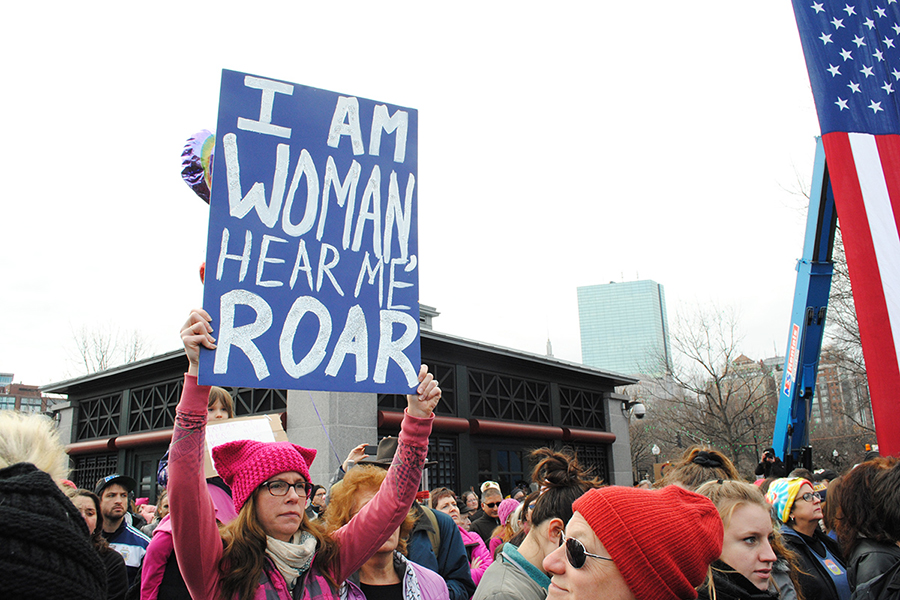 Last January, more than 100,000 people flooded Boston Common with pink hats, signs of resistance, and cheers for science. A year later, organizers of the second Cambridge/ Boston’s Women’s March will issue the call to action once again.

On Saturday afternoon, protesters are set to gather at Cambridge Common to assert their continued support of women’s rights and opposition to the Trump administration. High-profile speakers from last year’s program like Mayor Marty Walsh and Sen. Elizabeth Warren will be absent from Saturday’s events. However, Attorney General Maura Healey, Rep. Katherine Clark, and Cambridge mayor Mark McGovern are all scheduled to give remarks for what is likely to be a significantly smaller crowd.

Unlike the 2017 march, which was put on by March Forward Massachusetts, this year’s events are hosted by the January Coalition, a grassroots group of justice and peace organizations. It is co-sponsored by local groups including Boston Persists and is endorsed by organizations like ACLU Massachusetts and Oxfam America.

The anti-Trump rhetoric that dominates much of the Massachusetts political conversation and is reflected in the Congressional delegation’s voting behavior is sure to be prominent at the march. According to the event’s Facebook page, the anniversary gathering aims “to voice our opposition to an administration that is systematically eroding the rights of women and other marginalized people, dismantling and destroying our democracy, and putting the entire world at risk.”

The protest is also a chance to take stock of what organizers call “the resistance efforts undertaken thus far.” And such efforts extend much further than pithy signs and passionate chants. According to research from the Cambridge-based Barbara Lee Family Foundation, women are running for public office at a greater clip than ever before. The most recent available data from Rutgers University indicates 604 women—including 18 in Massachusetts—will be on the ballot come November.