Park officials are not sure what will happen if the lights go off in Washington. 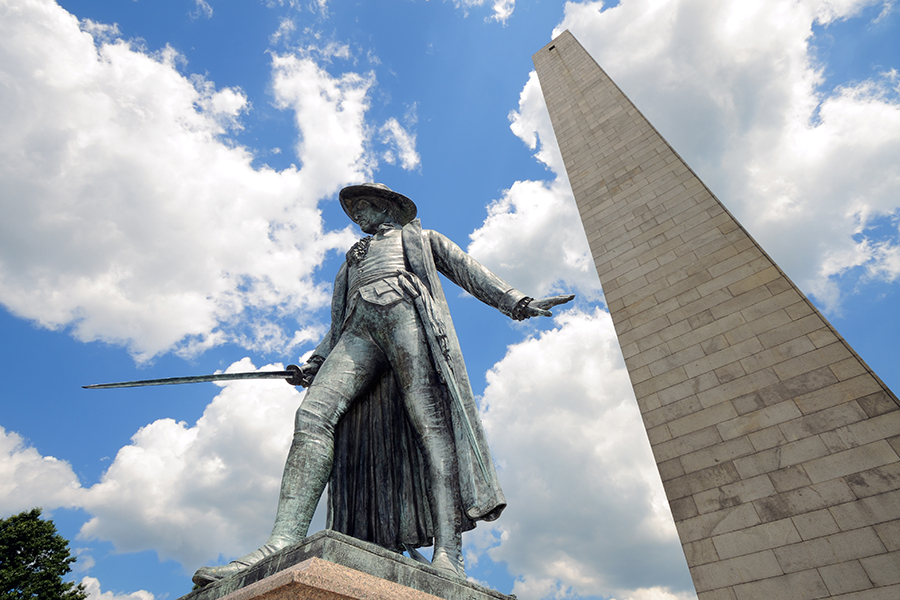 If you’re planning on taking advantage of this weekend’s warm weather with a trip to one of Massachusetts’ 21 national parks or historic sites, you might want to reconsider.

The federal government’s funding is set to expire at midnight, and reports from Capitol Hill are pessimistic about the prospect of legislators striking a deal to keep the lights on, though Senate Minority Leader Chuck Schumer is reportedly meeting with the president this afternoon. The Trump administration has, according to the Washington Post, taken steps to keep National Park Service running, but officials in Massachusetts were not confident that would be the case.

A spokesman for historic sites around Boston—including the Bunker Hill Monument and Charlestown Navy Yard—said that though the parks are open now and he does not want to speculate, the situation remains up in the air. Similarly, employees at the New Bedford Whaling National Historical Park said park rangers had not been given guidance as of Friday morning.

A spokesman from the National Parks Service said in an emailed statement that if there is a shutdown, “national parks will remain as accessible as possible.” Roads and trails that are open and cleared of snow will still be up and running, but any services that require maintenance and staffing will be suspended. Free-standing private lodges, gift shops, and restaurants can continue to operate, but those staffed by official park personnel cannot.

In the event of a shutdown, it is anticipated that hundreds of thousands of government employees will be sent home and the status of the roughly 700,000 immigrants who are part of the Deferred Action for Childhood Arrivals program (defended by nearly every politician in Mass.) will remain in flux. When the government shut down for 16 days in 2013, all 401 national parks were forced to close. According to an October 2013 National Park Service press release, the closures cost the parks roughly $450,000 a day in lost revenue. The park closures became a flashpoint of the 2013 shutdown, as public outcry mounted over ruined vacations and inaccessible tourist sites.

The House of Representatives voted Thursday night to keep the federal government running, but the Senate remains a battleground. According to Politico, finger-pointing is already in full swing, but the blame game is unlikely to matter much to anyone who’s turned away from a national park this weekend.