Larry Nassar Has Been Sentenced, But This Isn’t Over

Needham's Aly Raisman is a leader in the movement that has shaken American gymnastics. 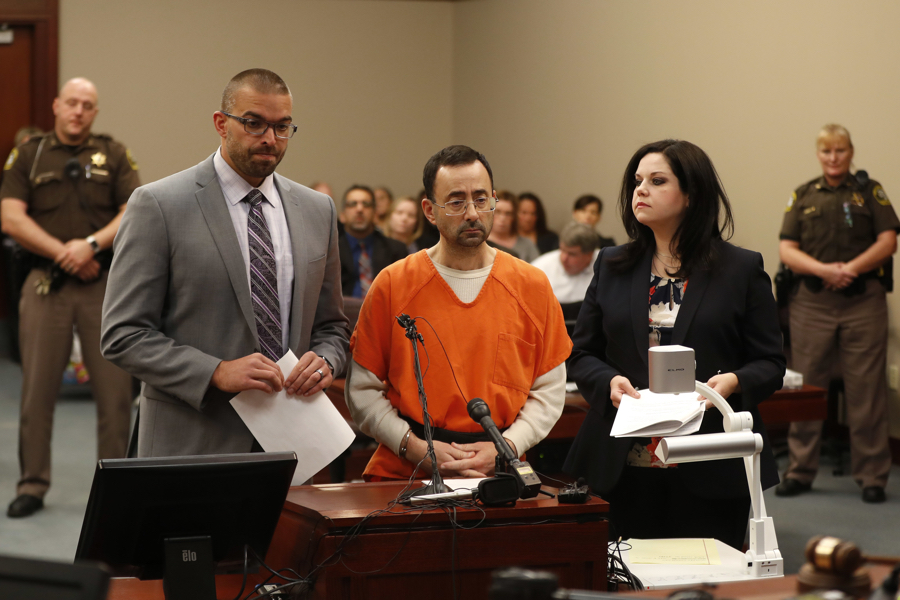 The several days of testimony from the many, many women who say Larry Nassar abused them as children is over, and Nassar has been sentenced. But the movement that has upended American gymnastics, led by stars like Aly Raisman, is just getting started.

Nassar, who has admitted to 10 charges of sexual assault, was sentenced Wednesday to 40 to 175 years in prison for his crimes. He had already been received a 60-year sentence for possession of child pornography. “You do not deserve to walk outside a prison ever again,” Judge Rosemarie Aquilina said, adding, “I just signed your death warrant.”

Nassar als0 addressed the more than 100 women who gave victim impact statements, telling them he has been “shaken” by their testimony and that, “I will carry your words with me for the rest of my days.”

Aquilina said she hoped that was true.

Of course, the issue is bigger than Nassar. Raisman, the gold medalist from Needham, and others have directed their ire this week at U.S.A. Gymnastics and the US Olympic Committee, who they say enabled Nassar’s conduct and bear responsibility for not stopping him sooner. “We are here, we have our voices, and we are not going anywhere,” Raisman said in her passionate testimony last week. She came forward in November to announce she was among the scores of women who were abused by the doctor as children and young girls.

In that hearing, Raisman made it clear she won’t back down until the gymnastics community gets to the bottom of how Nassar got away with a crime of this scope for so long. Nor will she won’t tolerate empty platitudes. When USAG officials resigned under pressure this past weekend, she called a statement from the organization, which appeared to take credit for ousting them, “shameless.”

Raisman has called for an independent investigation of what, exactly went wrong in the nation’s most prominent gymnastics organizations.

Judge Aquilina agreed with that call, adding on Wednesday that, “Justice requires more than what I can do from this bench.”