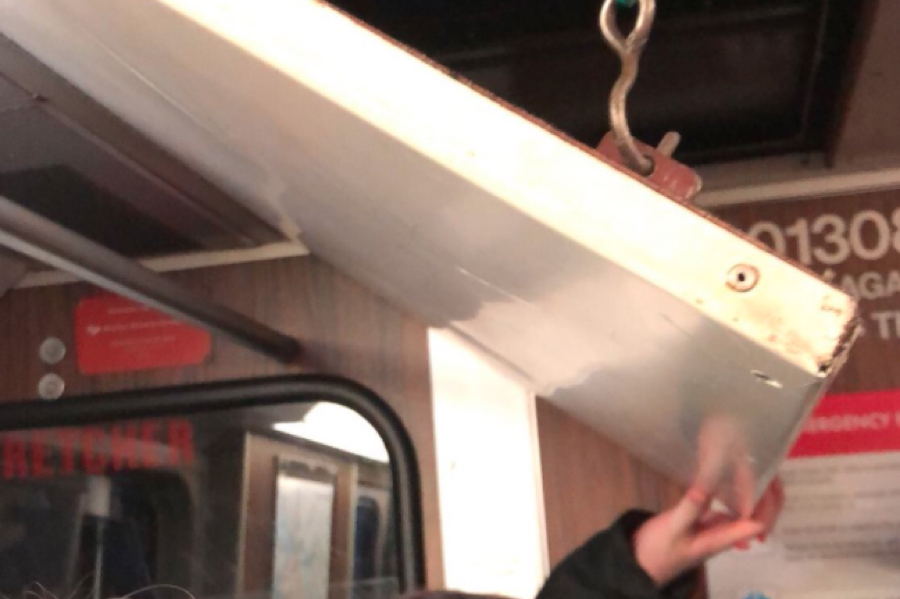 You never know what you’re gonna get on the MBTA, and when it comes to surprises on the commute, the Orange Line continues to deliver.

Just after 9 a.m., a passenger reported that a metal ceiling panel on her train came dislodged and flopped open. “My morning commute summed up in the following tweets,” wrote Juliana Piemonte, sharing a photo showing the agape ceiling, along with another photo of fellow T-riders pushing it back into place.

My morning commute summed up in the following tweets… #MBTA pic.twitter.com/vqjqFXYMow

The MBTA responded quickly after that to say that maintenance personnel would head to the scene to fix it. T spokesman Joe Pesaturo said in a statement reported in the Globe that crews had “secured the dropped panel” and are investigating. Piemonte told the paper that no one was hurt.

It wasn’t even Piemonte’s only T complaint of the day. She also shared video that she said was of the third train to come and go at her stop without enough room to board.