After just one day as the Jets' skipper, he came up to New England. The NFL has never been the same. 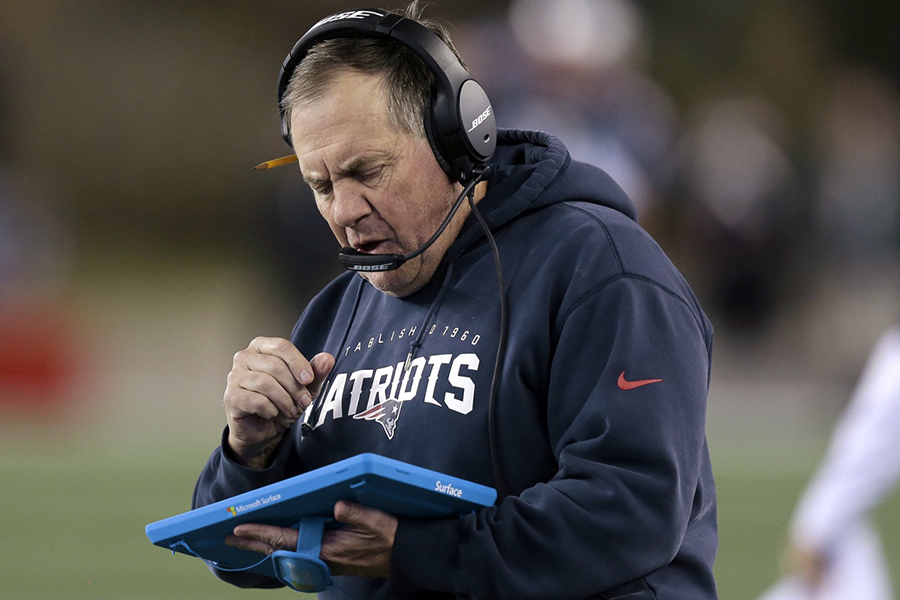 Bill Belichick is headed to the Super Bowl for the eighth time as coach of the New England Patriots. And even though we’re pretty sure the hoodied wonder has his sights singularly set on the Eagles, he has a special anniversary of his own to celebrate with the team.

On January 4, 2000, after just one day, Belichick resigned from his post as head coach of the New York Jets. He had been with the squad for a little over three years as an assistant head coach and defensive coordinator, but he decided to get out of dodge almost immediately after settling into the top spot. At the time, the New York Daily News suggested the Patriots were already lusting after Belichick—a prediction that would come to fruition just 23 days later.

Belichick joined the Patriots, a franchise that had yet to call the Lombardi Trophy its own, on January 27, 2000. In what would prove to be one of the most lopsided deals in history, the Patriots traded a trio of draft picks to the Jets in exchange for the option to hire Belichick. The move was actually a New England reunion, as Belichick served as assistant head coach and defensive backs coach during the squad’s 1996 season. But, of course, the 2000 deal stuck for more than just one year.

For fans who have come to know the 2018 version of Belichick, stepping down after just a day on the job may seem like a huge contradiction. The coach’s every move is meticulously calculated. That being said, walking away from the Jets has worked out pretty well for him—and, perhaps it was the last time anyone would ever see Belichick second-guess himself.

In his time as Patriots head coach, Belichick has won five Super Bowls and been named coach of the year three times, smiling roughly half a dozen times through it all. His revolutionary coaching method has proven to be unbeatable, whether the Pats are up 40 points or, theoretically, down 28-3 in the third quarter. The “Do Your Job” mantra is solely focused on the work—and definitely not sideline drama. No nonsense, just football. Belichick’s one-word, aloof answers at press conferences have now become the norm.

Of course, soon after signing with the Patriots, Belichick would be joined by another future franchise legend. Just four months after the coach journeyed up to Gillette 18 years ago, the team used the 199th pick in the 2000 NFL draft to pick up Tom Brady, a man you may have heard of and who is above average at playing football. Things have worked out pretty well since then, but you know what they say: The best way to celebrate you’re 18th anniversary with the NFL franchise you’ve coached to unprecedented success is to go ahead and win another title.