The team had been one of the founding members of the National Women's Soccer League. 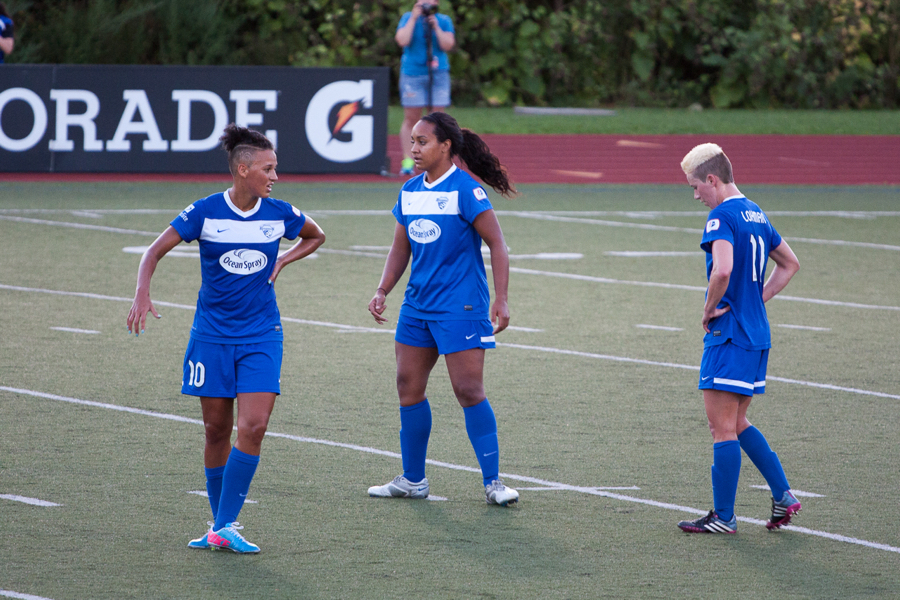 photo by kbrookes on Flickr/Creative Commons

After rumors swirled about the demise of the Boston Breakers, one of the founding teams in the National Women’s Soccer League, it turns out the end is here.

The team will fold ahead of the upcoming season and its stars will be traded, according to multiple reports.

Financial issues reportedly contributed to the decision, as did difficulty securing a new home for the Breakers after an ownership deal crumbled and the team could not locate a new one on short notice. Among those approached to buy the team, according to sports reporter Caitlin Murray, was Patriots and Revolution owner Robert Kraft. The Krafts were  “not interested,” she says.

After lots of fretting earlier this week, fans and players were mourning the loss on Friday. “I’m kind of numb,” writes Stephanie Yang, a longtime chronicler of the sport, who has reported on the various factors that led to the team’s current position. “[B]ecoming a part of the women’s soccer community literally saved my life.”

I’m kind of numb, but I want to say this: 10 years ago the Boston Breakers reignited my love for this game and becoming a part of the women’s soccer community literally saved my life. https://t.co/KLG1EGO0jh

The @BostonBreakers gave me the opportunity to live my dream of being a professional soccer player be coached by the best @tonysocc – I am so grateful for those years. Amazing club, and the absolute best fans. It’s a sad day. #SaveTheBreakers pic.twitter.com/1YjRyi8OeF

An online campaign to #SavetheBreakers has been underway, with fans of the team hoping for a solution—including the idea of a wealthy benefactor stepping in to rescue it. Some are still holding on to that hope.

Hi, the @NWSL preseason starts in a couple weeks and the @BostonBreakers really need an owner like, yesterday, or the team will fold. Support some strong, phenomenal women!(And it’s like, a lot less money than buying a men’s team.And also yay women.) #passtheball #savethebreakers https://t.co/B1IdGnz0Yr

The Green Bay Packers are a publicly owned team, let’s do that with the @BostonBreakers.

Who else is in?#SaveTheBreakers #NWSL #WoSO