NFL Players Used to Taunt Aaron Hernandez about Being a Murderer

Former New York Jets player Bart Scott says opponents made dark jokes about him before they knew the truth. 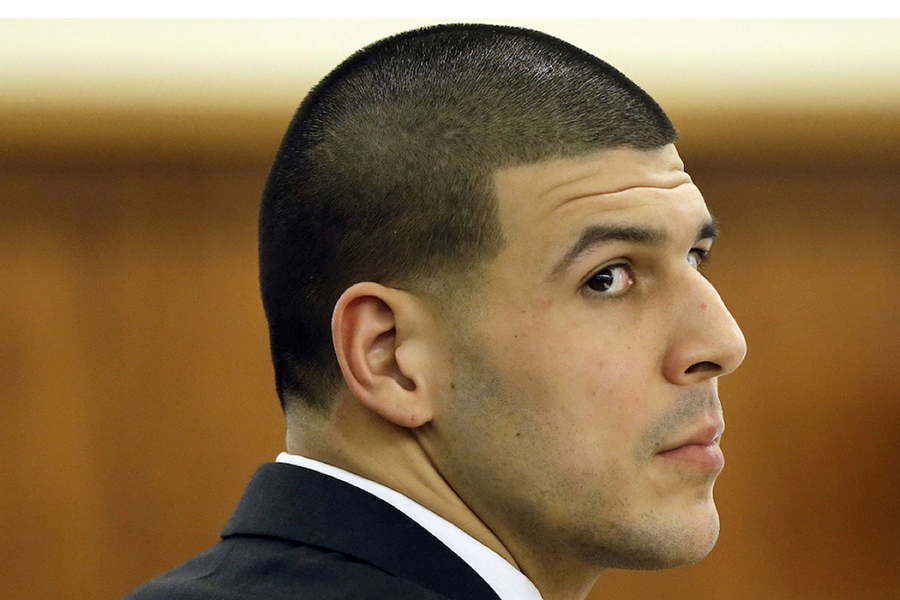 Long before Aaron Hernandez’s conviction for murder, players used to make dark jokes about the former Patriots tight end, including telling him they “heard they found the body.”

That’s according to Bart Scott, the former linebacker for the New York Jets, who revealed the chilling “running joke” on an episode of the show “The Afternoon Drive with Carlin, Bart, and Maggie.”

Scott said players had heard that Hernandez, who was drafted by the Patriots in 2010, “was in a gang,” and also discussed the trouble some players have in trying to “separate” themselves from troubled lives before their success in the NFL, especially if their pro sports career happens close to home. Hernandez grew up in Bristol, Connecticut and is believed to have had ties to the Bloods.

Hernandez never seemed to be bothered by the taunts from players, Scott said. “He was a funny guy,” he said.

Hernandez would later be convicted and sentenced to life in prison for the 2013 murder of friend and former teammate Odin Lloyd. He was tried but acquitted in the killings of Daniel de Abreu and Safiro Furtado in Boston in 2012.

His name surfaced after a nonfatal 2007 double shooting in Gainesville, Florida, after witnesses described a man matching his description. He was never named as a suspect, and investigators who reopened the case in 2013 concluded he was not the shooter. Hernandez attended the University of Florida in Gainesville before joining the NFL draft in 2010.

He was found dead of apparent suicide in his jail cell in April of last year. Researchers would later discover that Hernandez had the most severe case of chronic traumatic encephalopathy ever found in someone his age. The brain disease, better known as CTE,  is caused by repeated trauma to the head and has been found in many athletes in football and other contact sports.