Ayanna Pressley Is Running for Congress 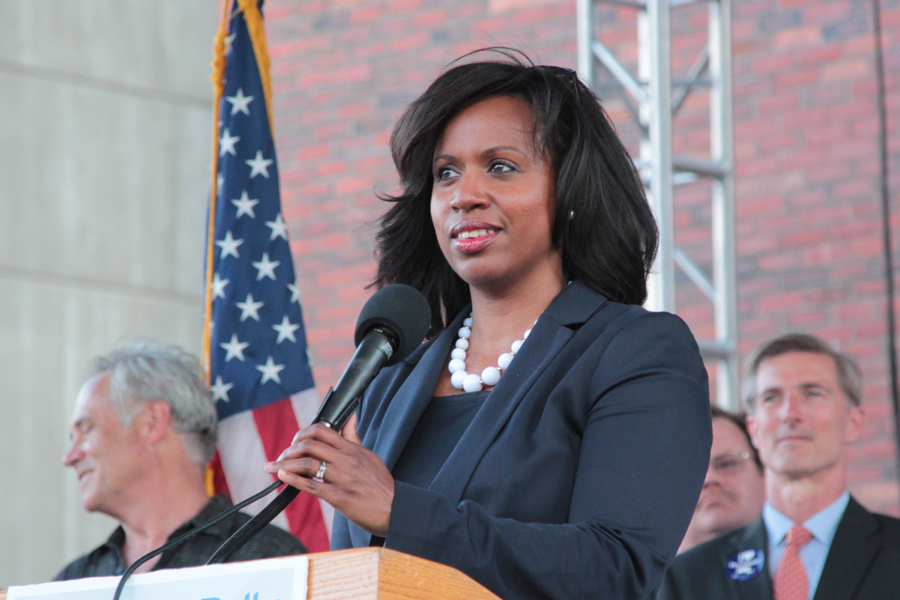 She’s doing it. Ayanna Pressley is running for Congress.

Teeing up a primary fight with a member of her own party, the Boston City Councilor and Democrat says she plans to challenge incumbent 7th District Rep. Michael Capuano in the 2018 election.

In an announcement, Pressley, 43, said it was time to bring “a different lens and a new approach” to the office, and framed herself as the right candidate for the Trump era. “Today I humbly announce my candidacy for the Democratic nomination in the 7th Congressional District,” she said in a statement. “This district and these times demand more than an ally, they demand an advocate and a champion.”

Pressley, a Chicago native, became the first woman of color to be elected to the Boston City Council in 2009 and has maintained a prominent place on the state’s political radar ever since. She has reportedly been chewing over a run for months now, and had also been considered in talks about the seat vacated by state Sen. Linda Dorcena Forry, who left her post for a VP position at Suffolk Construction. Boston named Pressley on its list of the city’s most powerful people in 2015.

“Our country is facing a critical moment,” she said in her statement Tuesday. “While the cruel and dangerous tenor of the national political debate is new, the issues we are struggling to address – income inequality, systemic racism, and lack of economic opportunity – have dogged our nation for years. We have not yet delivered on our nation’s foundational promise of equality.”

The 7th District includes Boston and surrounding communities, including Somerville and a portion of Cambridge.

Capuano, the 66-year-old former mayor of Somerville, has held his current position since 1998. As such, he’s got a pretty big head start in the fundraising department. By the latest count, he has about $760,000 in his war chest.

Pressley and Capuano will square off in a primary election on September 4. The general is on November 6.