If you share a name with TB12, you could watch the Super Bowl in luxury. 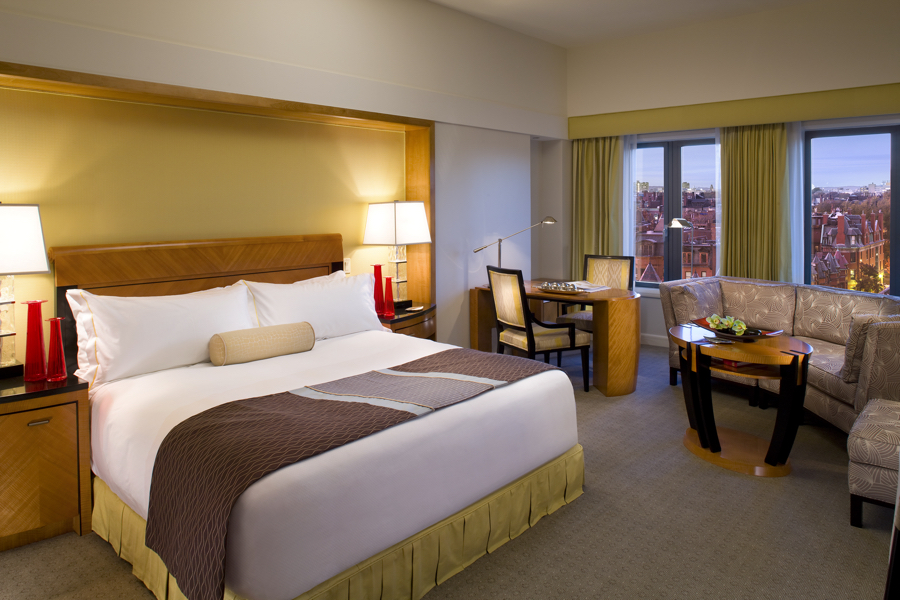 As everyone who remembers Office Space knows, sharing a name with a superstar is not always a delight. As the eyes of the world are all on the GOAT ahead of Super Bowl LII, the many Tom Bradys of the world assuredly know this well. How can you ever compete with five Super Bowl rings, especially in New England, the heart of Tom Brady country? The answer is that you cannot and will not. You will be the guy who shares the name with the superhuman winning machine, and that’s all, doomed forever to hear the same jokes about your birth name for the one-millionth time. Just ask all the Tom Bradys profiled this week in the Boston Globe, who say they’re constantly disappointing restaurant managers who find out the reservation they’ve booked is for just a run-of-the-mill Tom, and not the almighty QB himself.

Well now, some good news for all the second-tier Toms—and Thomases and Tommys—out there: Boston’s Mandarin Oriental wants to make your Super Bowl special. The fancy downtown hotel has just announced that it’s offering a free one-night stay to one lucky man from Massachusetts named Tom Brady on the night of the big game.

To win, anyone with a Massachusetts-issued ID card with the name Tom Brady on it can show up at the hotel on Thursday, February 1st at noon (“and not a minute later,” they added in an announcement via email) to claim their prize. They’re only giving away one room, so depending on how many of the Commonwealth’s Toms show up, you may have to get there early.

Mandarin General Manager Philipp Knuepfer says he hopes a Patriots fan claims the prize, so they can live like their similarly-named hero, even if just for a day. “The idea is we can give somebody a luxury experience who normally would not have the chance to do this, or have the same lifestyle as the real Tom Brady,” Knuepfer says.

How many Toms do we have walking the streets of Massachusetts? According to that Globe story, there are 47 people with that name on state voting records. On WhitePages, there are 68 listings for “Thomas Brady.”

The winner will be given a complimentary stay one of the hotel’s “Deluxe” rooms, which start at $595 on the night of the Super Bowl. The rooms “feature a sumptuous king-size bed dressed in luxurious linens and a seating area with corner sofa and coffee table. Bathrooms offer a walk-in shower and an oversized tub.”

Not bad for a regular old Tom.