The Best Photos of the Blue Supermoon Lunar Eclipse

Take a look at images of the red moon from around Massachusetts. 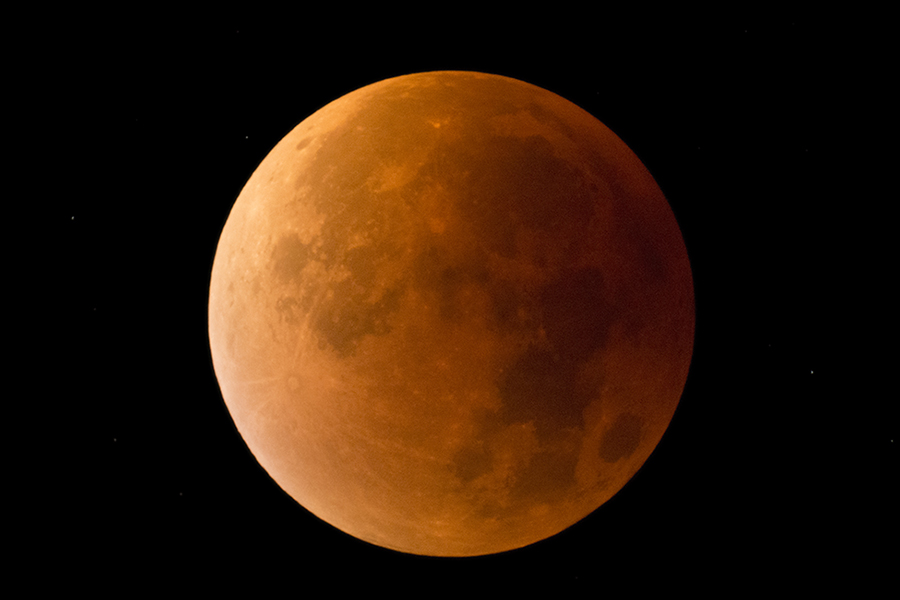 For the first time since Andrew Johnson’s presidency in 1866, a trio of lunar events coincided to create a super blue blood moon.

Though the Bay State wasn’t treated to a full eclipse, early risers in Massachusetts were still privy to out-of-this-world views for a few minutes just before 7 a.m. Wednesday.

The red-hued moon was more visible to sky gazers out west, but clear skies in Massachusetts on Wednesday morning offered a brief window to catch a glimpse.

Over #Boston, near 7am, a special lunar trifecta ends with the moonset, as seen from Hull. The second full moon of this month, called a Blue Moon, and a close pass to earth called a Supermoon, along with a partial lunar #eclipse will not happen again until 2037. @BostonHerald pic.twitter.com/BFZGxHOmC8

This is what I saw at 6:45am. #SuperBlueBloodMoon hanging low over the Charles River #Boston. You can see a slight darkening in the upper left where the earth’s shadow began to darken the moon! pic.twitter.com/4l7rZK6vFs

Two angles from this morning’s #SuperBlueBloodMoon setting over #Massachusetts. 👀🌚 pic.twitter.com/JM5dYuAUSu

Outside of Massachusetts, the red color of the moon was even more distinct. Because the moon started to set before the total eclipse began, our view wasn’t quite as grand as it was elsewhere.

Are you watching the #SuperBlueBloodMoon #IRL or live online? It’s happening now, so don’t miss it! Earth will continue to block the Sun’s light, casting a reddish hue onto the Moon until around 9:07am ET/6:07am PT. Take a look: https://t.co/r6X6SoMfLn pic.twitter.com/J9UfDz2NTF