Esteemed animal psychics April the giraffe, Fezzik the porcupine, and Munáke the woodchuck are going with the Patriots. 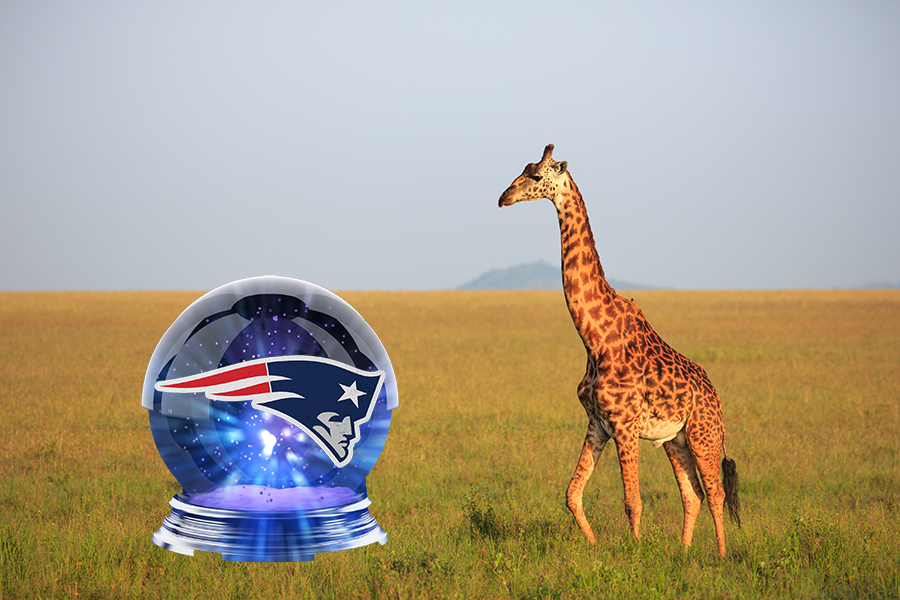 The animal kingdom has turned on one of its own.

Despite the natural camaraderie between the Eagles, their avian mascot, and the non-humans among us, several esteemed animal psychics have picked the Patriots on Sunday

Every betting floor in Las Vegas would be prudent to broadcast the footage of Munáke, the Museum of Science’s resident woodchuck, picking the Pats to take home the Lombardi Trophy. You see, Munáke is not a normal rodent. The woodchuck “accurately predicts” the Super Bowl champion every year, and is currently riding a glorious four-year streak. Oh, and for the uninitiated, another word for a woodchuck is groundhog, an animal so psychic, there’s a Bill Murray movie named for its powers.

But it’s not just Munáke who feels good about the Pats. The groundhog is joined by Fezzik the porcupine, who calls Stoneham’s Stone Zoo home. The prickly creature is a perfect 2-0 with its playoff predictions this season, and, as you’ll notice, he doesn’t hesitate for a second when it comes time to anoint a Super Bowl favorite.

But Munáke and Fezzik are merely picking the home team, you scoff. Sure, fine. Perhaps the groundhog and the porcupine are in cahoots and just hoping the people who feed them end up happy. But then there’s April.

April the Giraffe is like Ron the sea lion pup. That is to say, she’s beloved and also quite a big deal. A resident of Animal Adventure Park in upstate New York, April is a “proud momma,” according to her Twitter, which boasts 41,500 followers. And April isn’t just an internet personality, she’s also a savant.

April’s humans tasked her with picking the Super Bowl champion, and, like Munáke, she’s going with New England. It takes a winner to know a winner, and as a viral online sensation, April is comfortable with victory.

Philadelphians are naturally miffed that they can’t even get animals to believe in their squad.

HEARTBREAKING: Beloved April the Giraffe has betrayed the city of Philadelphia after predicting the @Patriots will defeat the @Eagles in Super Bowl LII. 😭😭 https://t.co/7wLH7BJnh5

Sure, a few animals—including the beloved and generally excellent hippo Fiona—have predicted an Eagles victory. But we’re not worried. Munáke, Fezzik, and April are confident, and so are we. See you at the zoo and on the field, Philly.

This post was updated at 1:57 p.m. on February 1 to include additional dispatches and predictions from the animal kingdom.