The congressman says he can't help being a white man, in comments to WBUR. 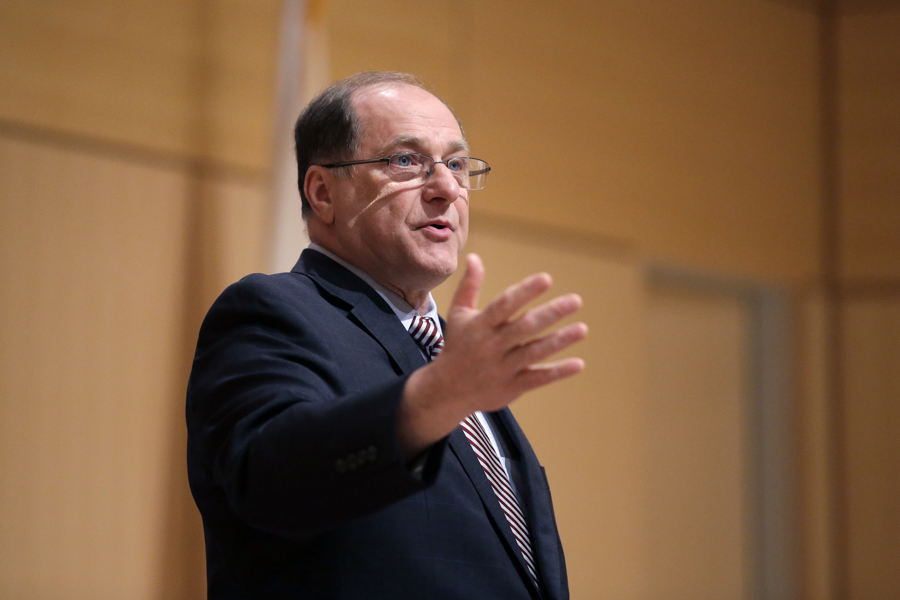 Michael Capuano, the Massachusetts Congressman facing a primary challenge from Boston City Councilor Ayanna Pressley, is a white guy. He knows it, voters know it. And there’s nothing he can do about that, he says.

“I don’t think the people run to the polls and vote simply on the basis of identity,” he said in an interview on WBUR. “Yes, it is a factor, of course we all know that. It’s also ethnicity, gender, and gender identity. People do take those factors into account. But if that were the case, every single elected official in this country would be a female because women outnumber men all across the country. And that’s not what people do. They may say ‘OK, that’s one factor. The other factors are, what do you stand for? What have you done? What are you going to do tomorrow?'”

Pressley, who announced this week she would challenge the incumbent of two decades, became the first woman of color to serve on the Boston City Council in 2009, and earned a lot of star power in the process.

She has pitched herself as a break from the “cultural status quo” and a candidate with a new perspective. “When you have issues that are being developed through a completely monolithic and homogenized prism,” she said in her own WBUR interview, “everyone suffers for that.”

She did not identify any specific disagreements between Capuano and herself on policy, and Capuano said in his interview that he and Pressley “would probably vote the exact same way.”

Capuano is not the first to grapple with what role “identity politics” should play in Democrats’ strategy right now. Vermont Sen. Bernie Sanders caused a stir in 2016 with his comments on the issue at a post-election forum in Boston, prompting heated debate over the push and pull between “tokenism” and the real benefits of having people from diverse backgrounds making policy. “It is not good enough for someone to say, ‘I’m a woman! Vote for me!’” Sanders said at the time.

Identity is surely weighing on Capuano at this political moment. At a time when Democratic voters are still smarting from 2016 and are reconsidering establishment allegiances, he’s a two-decade incumbent. Race is also at the top of the mind in Boston right now: the vaunted Spotlight team last year published a long meditation on the city’s racial inequality, local leaders do not shy away from calling the president racist, and this year the city elected its most diverse City Council in history. Meanwhile, every member of the state’s delegation to Washington is white.

“Look, I cannot be a woman of color, you know?” Capuano said. “And if that’s what people care about that’s fine. I accept that, I understand that. I just don’t think there are that many people who will vote for me because I’m a white male or vote against me because I’m a white male. Ninety-nine percent of my constituents will look way beyond those things. It’s a factor, but the bigger factor is what can you do for me? What can you do for my family? What position are you in to push the issues we care about and to successfully do that?”