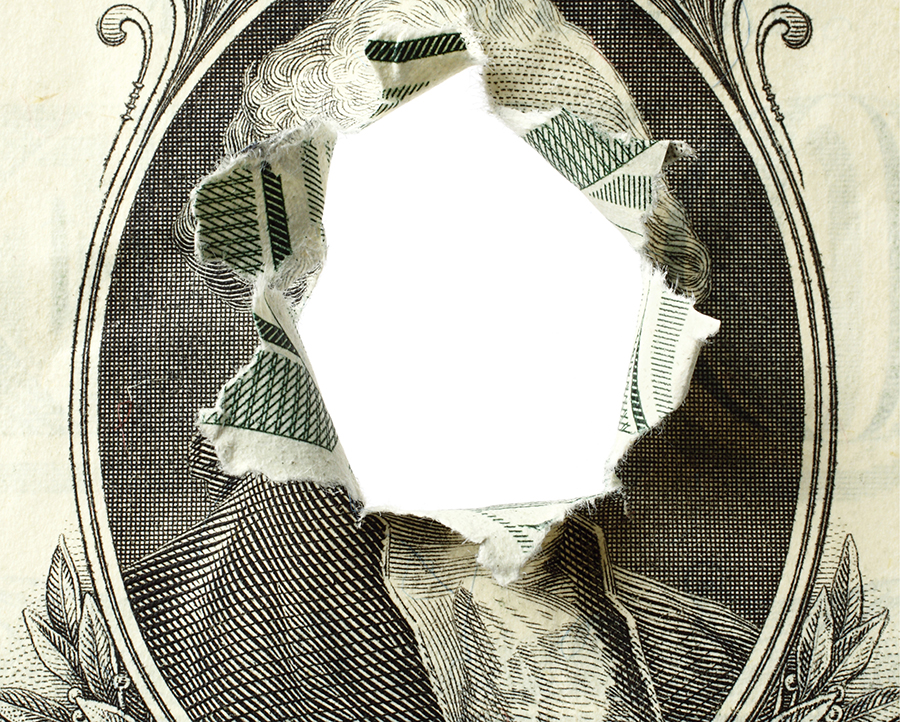 I know it’s hard to believe, but several weeks ago the MBTA finally got something right. The beleaguered agency announced it would eliminate onboard cash payments on all of its buses, subways, and trolley cars by 2020. Having witnessed a lifetime of delays due to nickel-counting and crumpled dollar bills, I delighted in the news. I was also stunned that the MBTA—which still uses trains from Nixon’s first term—was embracing such a forward-looking idea. In fact, the more I chewed it over, the more I wondered: Why isn’t every business in Boston going cashless?

Turns out, there’s a simple answer: It’s illegal. Back in 1978, when credit cards were in their infancy, the state’s powers that be approved the Discrimination Against Cash Buyers amendment, requiring all retail establishments in Massachusetts to accept cash. Today, the law is a rat’s nest of red tape in which oversight and enforcement is shared between the Attorney General’s Office and the Division of Banks at the Office of Consumer Affairs and Business Regulation—and it doesn’t seem to be actively enforced. The AG’s office tells me it has received only six complaints about cashless businesses since 2013 and has taken no enforcement actions.

Not that the MBTA has to worry: Its plan squares with the law because cash users will be able to buy fare cards at select stations. Yet the very fact that such a law is on the books hardly makes Boston—which is trying to position itself alongside Shanghai and Silicon Valley as one of the world’s top tech hubs—look like the city of the future.

“The law definitely sounds detrimental,” says one Boston business owner whose establishment accepts only debit and credit cards. He was unaware of the state’s cash law until I mentioned it and says he hasn’t fielded any complaints from customers or regulators. The way he sees it, not only are people paying with money increasingly less often (U.S. consumers used it in only about one-third of transactions in 2015), but cash is also expensive: It takes time to count, deposit, and track for bookkeeping purposes, while today’s point-of-sale systems automate all those tasks when purchases are made with plastic.

Of course, there are credit card processing fees, but the business owner says it’s a cost he doesn’t mind eating, especially given the “added security risk” that he claims comes with cash. Some nights his customers don’t clear out until after midnight, he tells me, and “there are businesses in our neighborhood that have been held up.”

Then there’s the whole issue of “dirty” money. Stacks of greenbacks, for instance, are the preferred payment choice of tax-evaders and criminal empires. From the cash-only dive bar to the gang moving millions of dollars in drug money, cash is the engine of an underground economy that robs the state of large amounts of tax revenue each year. It’s not that credit and debit systems are immune to fraud—it’s just a lot harder to fudge the numbers if a large financial institution is processing the payments.

Eradicating cash, of course, isn’t a panacea. There are concerns that a paperless world would make life harder for those on the lowest rungs of the socioeconomic ladder. But that’s a problem to be solved, not an excuse for stalling progress. And anyway, shouldn’t business owners be able to decide which forms of payment suit their needs? Ayr Muir, founder and CEO of Clover Food Lab—which has 13 locations across Boston, Cambridge, and the MetroWest area—certainly thinks so. On any given week, fewer than 10 percent of his customers use cash, yet because of the archaic law he spends time and money accommodating this tiny segment. Last year he attempted to go cashless during the graveyard shift at Clover’s 24/7 location in Central Square, mainly due to security concerns. When word got out, the city of Cambridge sent him a cease-and-desist letter. Understandably, Muir is still sour over the experience. “We are moving toward a cashless future,” he laments. “And it’s a future I can’t wait for.”