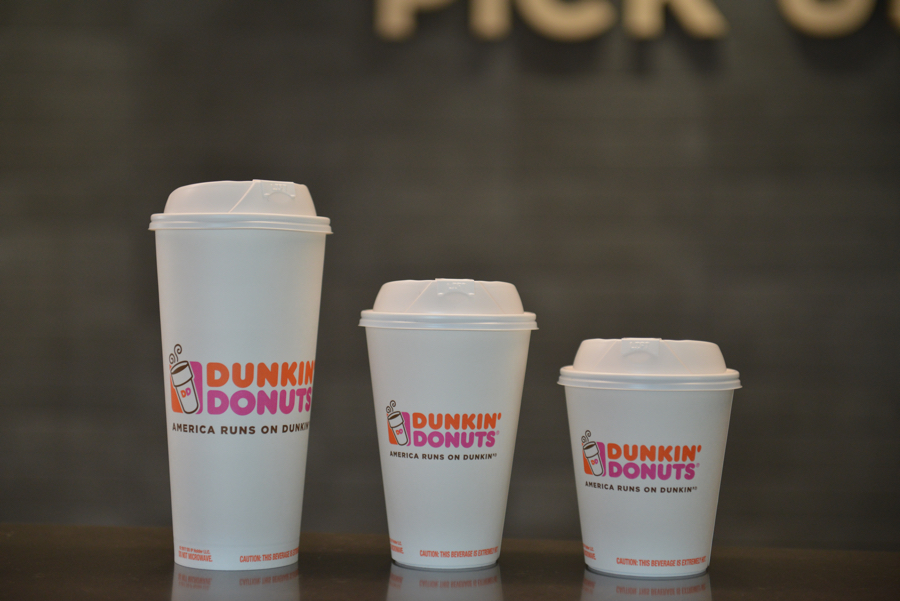 Bad news for fans non-biodegradable litter and those who support the indefensible double cup: Dunkin’ Donuts plans to ditch foam cups for good by 2020.

In its place, the iconic polystyrene coffee cups will be replaced with double-walled paper ones, which are already being used in international Dunkin’ locations and at the new concept store the company opened in Quincy. Just like their foam counterparts, the cups are still available in small, medium, large, and extra-large.

The coffee chain, which is going through a bit of a reset lately (it’s reshaping its menu, experimenting with shortening its name, and injecting a new hip and modern vibe into its locations), announced the move on Wednesday.

“We have a responsibility to improve our packaging, making it better for the planet while still meeting the needs of our guests,” Karen Raskopf, chief communications and sustainability officer for Dunkin’ Brands, said in a statement. “Transitioning away from foam has been a critical goal for Dunkin’ Donuts U.S., and with the double-walled cup, we will be able to offer a replacement that meets the needs and expectations of both our customers and the communities we serve.”

Polystyrene, or Styrofoam, is an environmental menace. Anti-litter advocates rail against how foam products pollute oceans, clog landfills, suffocate animals, carry carcinogens, and take half a millennia to decompose. The substance has been banned from food service in Somerville, Cambridge, and Brookline.

Dunkin’ estimates that switching to paper will keep 1 billion foam cups out of the trash each year.

The coffee chain has also confirmed that the switch to paper will mark the end of the era of double cupping, the practice of place plastic iced coffee cups inside foam cups for insulation. “The new cups are not the same dimensions as the foam cups and therefore customers will not be able to use them for double-cupping,” says spokesman Justin Drake, in an email.

Drake says that was not a deliberate decision. But he says the company does not endorse the use of an extra cup, and has left it up to franchise owners whether to offer one to their customers. Owners are also allowed to charge extra for the second cup.

“The transition will take time,” he adds, “so customers will have time to prepare for the switch.”

This story has been updated with comment from Dunkin’ Donuts about double cupping.