After Help from a Maine Senator, We’re Getting a Lobster Emoji

Sen. Angus King had lobbied for the change and more than 5,000 signed a petition. 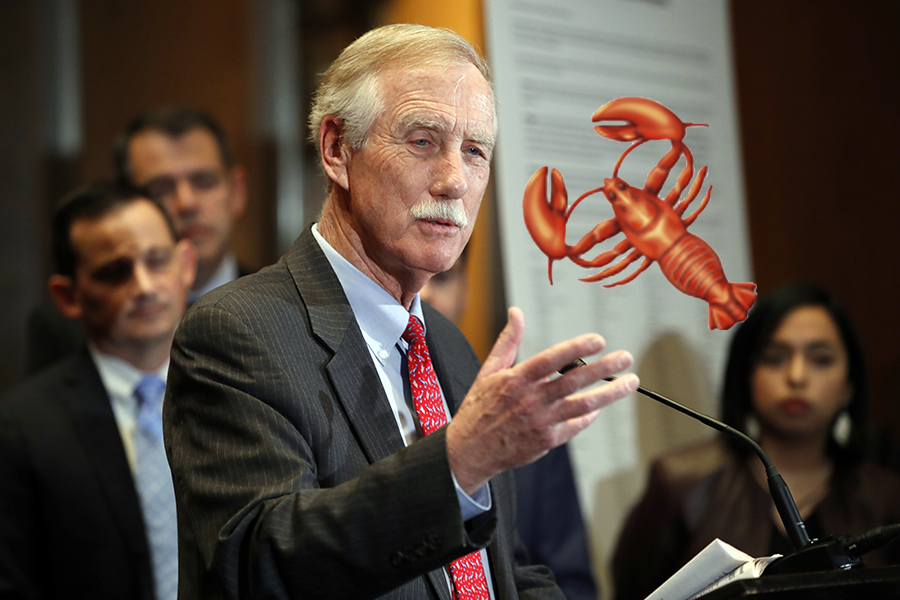 The day has finally come. After a passionate campaign and some lobbying from Maine Sen. Angus King, we will soon—finally—be able to use a lobster emoji.

Beginning in the second half of the year, the days of simply typing out the word for the crustacean into text messages and on social media will be over.

The Unicode Consortium, an organization that works to standardize the symbols used by operating systems, announced Wednesday that its latest batch of new emoji will include images like a “hot face,” a pirate flag, a mosquito, and, yes, a lobster. That’s cause for celebration for King, who has lobbied the organization for months to immortalize the delicious sea creature in emoji form.

“Great news for Maine – we’re getting a lobster emoji!!!” he wrote on Twitter Wednesday. He signed his message with the emoji for a cow and a crown (get it?).

Great news for Maine – we’re getting a lobster emoji!!! Thanks to @unicode for recognizing the impact of this critical crustacean, in Maine and across the country.

This past September, King sent a letter to the organization, making a detailed case for an official lobster emoji. In it, he cites the animal’s cultural significance, its role in the Maine economy, and the demand for the lobster image as demonstrated by Google searches and use of the hashtag #NoLobsterEmoji. “A new lobster emoji would fill a necessary and unique void in the current Emoji List, and, should it be added, appears destined for significant usage by lobster fans around the world,” he wrote. “Neither the existing crab nor shrimp emoji can be effectively used to represent a lobster, which has a distinctively different profile.”

A petition had also been circulated on Change.org calling for the lobster’s addition to the emoji canon, which garnered more than 5,000 signatures. That effort was led by Luke Holden, owner of the Maine-style restaurant chain Luke’s Lobster, which has three locations in Boston.

“The emoji sea is filled with crab, shrimp, octopus, squid, whale, spouting whale, Blowfish (?) and even non-fish-human-deep-sea-diver! ! And out of the water, shrimp gets extra love with tempura!” the petition reads. “There is a large void in the shape of our favorite Maine lobster.”

That void is a void no more.

It’s happening. The crucial crustacean, the #lobsteremoji will be real in 2018! Thanks to everyone who signed our petition, and @SenAngusKing for the support! Expect LOTS of emojis in the second 1/2 of 2018 from us 😋 https://t.co/ipAZyKboMN https://t.co/vlnouEeH05