When to Watch the Massachusetts Natives Competing in Pyeongchang

Thirteen athletes from the Bay State are set to represent the United States in the Winter Olympics. Here's when you can catch them going for gold. 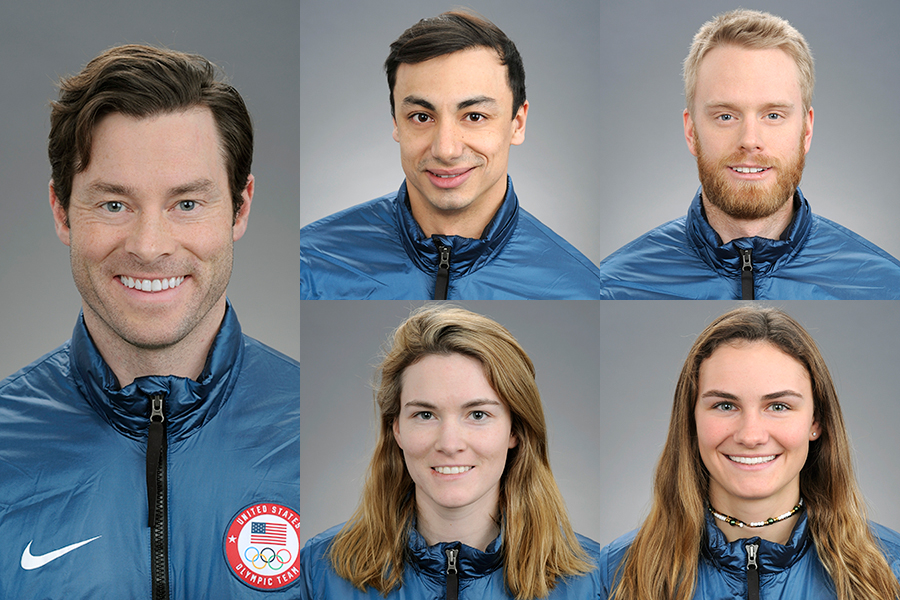 Thirteen Massachusetts natives will try to ski, snowboard, and slap shot their way onto Wheaties boxes over the next two-and-a-half weeks when they go for gold in Pyeongchang.

Eight of the 13 Bay Staters are members of the men’s and women’s hockey teams, whose tournaments begin on February 14 and February 11, respectively. The other five Massachusetts athletes will compete in snowboarding, skiing, and bobsledding events. Here’s when you can catch them striving for the medal stand on NBC:

Though Pyeongchang may be Jonathan Cheever’s first Olympic appearance, the snowboarder is no stranger to high-stakes competition. In addition to two World Championship appearances, he’s competed in nine X Games, and secured 16 top-10 finishes in the International Ski Federation’s World Cup. According to his Olympic bio, when he’s not on the snowboardcross course, you can find him with his hand on a wrench and working 12-hour days as a plumber.

My mom said I was the most handsome guy in my high school.

Mike Trapp makes his Olympic debut in Pyeongchang following four World Championship appearances and two national championship titles. The 29-year-old Barnstable High School graduate has been snowboarding for 20 years and works as a mechanic at a local car dealership when he’s not competing.

The halfpipe skiing team is set to make its second Olympic appearance ever, and Andover’s Annalisa Drew returns to the squad after a ninth-place finish at the Sochi games. Drew was the first woman to ever attempt and land a 1260 in the halfpipe event, and she’s made a name for herself as a pioneer on the sport’s inaugural Olympic team. A figure-skater-turned-skier, Drew is an avid Boston sports fan who’s at home in any sports arena. When she’s not skiing or taking online college courses, she enjoys wakeboarding, soccer, and lacrosse.

As the @patriots take the field on Sunday I’ll be taking a plane to my own SuperBowl (aka @olympics ) Wouldn’t have gotten to where I am with out the amazing love and support from my family, friends and sponsors. Thank you all so so much! #NotDone #FootballIsFamily #WeAreAllPatriots #Rule40 #KeepYahTipsUp 🇺🇸

Steve Langton is a stalwart of American bobsledding and will go for gold for the third time in Pyeongchang. After finishing tenth in the two-man bobsled event in the 2010 Vancouver games, Langton brought home two bronze medals from the 2014 Olympics in Sochi. The 2013 men’s bobsled Athlete of the Year has been making noise since the beginning of his professional career, when he was named the 2008 Rookie of the Year. An avid Game of Thrones fan, the Northeastern University alumnus managed to captain the track and field team in college and still graduate with honors. In his spare time, Langton works in marketing for Kohler and enjoys fishing.

Suiting up to take on the world one more time. This will be the third Olympics for @christopherfogt & I and we’re excited to represent @TeamUSA. #itsforamerica pic.twitter.com/LIiPqmgkxA

Event: As a last-minute addition to the team, Merryweather’s Olympic schedule has not been released. Because she typically skis the downhill event, the provided times are for women’s downhill.

A week ago, Alice Merryweather wasn’t planning to be in Pyeongchang. But after a teammate suffered a last-minute injury, the 21-year-old Hingham native was tapped to fill the slot. Merryweather is the reigning world junior downhill champion and made her World Cup debut in Altenmarkt, Austria, in 2016. Merryweather’s ascension to the highest levels of downhill skiing has happened quickly. She initially planned to go to Harvard, but the Cambridge campus denied her request for the several deferments she needed to pursue skiing. But Merryweather’s academics won’t exactly suffer: She traded the Crimson for the Big Green and will attend Dartmouth instead.

I think I’ll wear this tomorrow…