Oakhurst Dairy and its drivers settled for $5 million after the employees argued an absent punctuation mark entitled them to additional compensation. 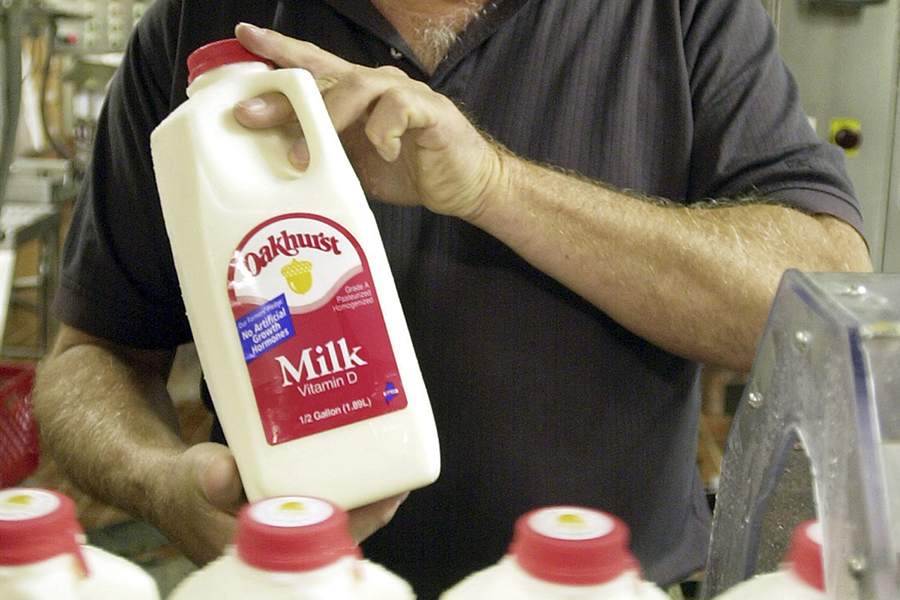 It turns out the Oxford comma is a very expensive punctuation mark.

Oakhurst Dairy settled a lawsuit with its grammarian delivery drivers for $5 million, which is half the initial total sought by the plaintiffs, according to the Associated Press.

In 2014, the delivery drivers filed a legen-dairy lawsuit arguing they were owed additional compensation because a Maine law detailing overtime exemptions did not include a serial comma. According to the law, duties that qualified as exemptions from overtime include the “canning, processing, preserving, freezing, drying, marketing, storing packing for shipment or distribution of” foods. Because the drivers don’t actually pack any produce—and because there’s no comma to separate that activity from “distribution”—they argued the exemption did not apply.

The federal appeals court ruled against the Portland-based milk and cream company last year, much to the chagrin of Oakhurst Dairy and whoever wrote Maine’s legislative style guide, which recommends avoiding the Oxford comma.

The serial comma is about as controversial as punctuation gets, and it turns out Americans are pretty split on its application. In 2014, a FiveThirtyEight survey found roughly 57 percent of people are pro-Oxford comma, while 43 percent think the mark is an atrocity. Comma supporters can certainly milk the dairy company’s settlement as proof of their grammatical superiority.