The mayor gave out 1,500 copies of the former vice president's memoir at his January inauguration. 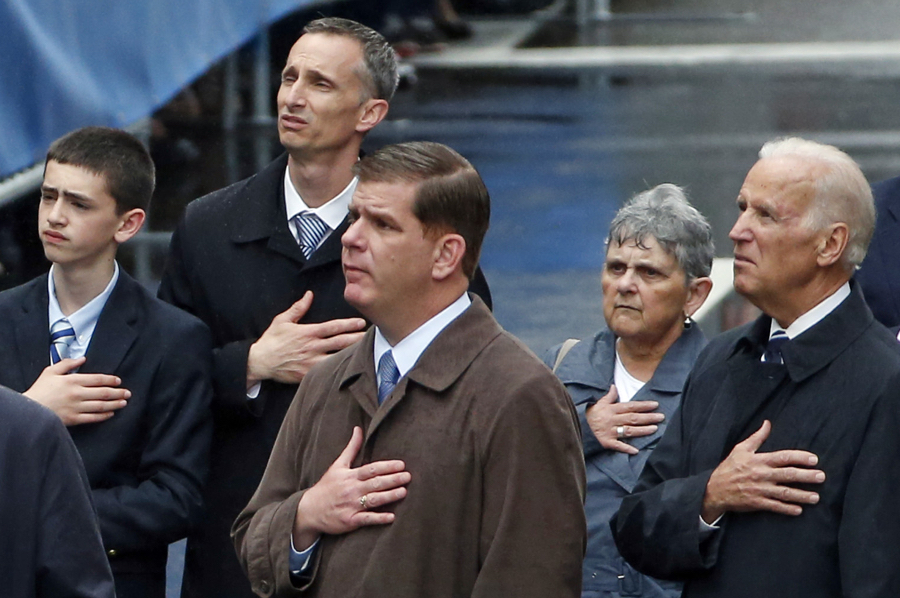 If politics doesn’t work out for Marty Walsh, the mayor may have a solid shot at success in book publicity.

Walsh treated 1,500 people who attended his inauguration on January 1 to a literary goodie bag containing former Vice President Joe Biden’s book, Promise Me, Dad: A Year of Hope, Hardship, and Purpose. But the dream haul for a Biden bibliophile didn’t come cheap. Campaign finance documents reveal Walsh spent more than $18,000 on the books, according to the Boston Herald.

Biden presided over Walsh’s festivities, so the books are kind of like a host gift, if you were trying to flatter the host in the most obvious way possible. Walsh’s gigantic order probably didn’t hurt Biden’s sales numbers, though the mayor did manage to snag the story for $12 a copy, rather than the full price of $27, according to the Herald. Walsh (or at least someone on his staff) clearly knows the golden rule of Costco: It pays to buy in bulk.

Promise Me Dad is the former veep’s fourth book, and it traces Biden’s experiences as his son, Beau, battled a malignant brain tumor. Rachel Goldstein, a spokeswoman for the Walsh campaign, told the Herald that the mayor gave out the book “as a way to keep spreading a message of resilience, heart, and … the importance of the middle class and bringing people together.”

Since its release in November, Promise Me Dad spent nine weeks on the New York Times hardcover bestsellers list, and is currently the fifth-ranked political memoir on Amazon.