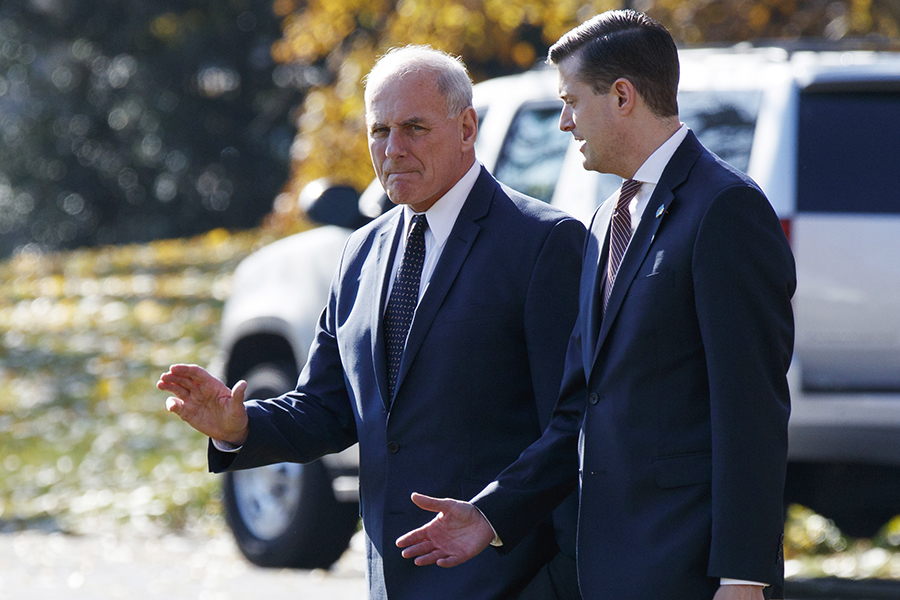 Several men with ties to the Trump Administration and allegations of spousal abuse have something else in common, too: the Commonwealth of Massachusetts. The trend was first noticed by Massachusetts news aggregator Massterlist.

Over the weekend, David Sorensen, a Barnstable High School graduate, left his job as a White House speechwriter after he was accused of violently abusing his ex-wife, Jessica Corbett. Sorenson denied claims that he drove over Corbett’s foot, threw her against a wall, and extinguished a cigarette on her hand, according to the Washington Post.

In addition to his Massachusetts connections, Sorensen served as a top adviser to Maine Gov. Paul LePage and also spent time in the state’s Congress and Department of Health and Human Services. According to the Portland Press Herald, he earned a reputation “as an aggressive and sometimes combative” figure within state politics. Sorensen is also the grandson of Judy Sorensen, who co-founded the Community of Jesus, a controversial church community based in Orleans, the Cape Cod Times reports.

The former speechwriter is the second Trump staffer from Massachusetts to leave the White House in recent days after being accused of domestic abuse. Last week, Belmont native Rob Porter resigned from his role as staff secretary after two ex-wives alleged he hurt them. The Belmont High School alumnus also holds undergraduate and law degrees from Harvard, and his college classmates said he cultivated a clean-cut image while on campus, according to the Boston Globe.

Porter denied the allegations, despite photos of his ex-wife Colbie Holderness that show her with a black eye she says he caused. President Trump defended his former aide several times and praised him for doing “a very good job while he was at the White House,” on Friday, according to Vox.

But Porter’s reputation was also upheld by another man with ties to the Bay State: John Kelly. The chief of staff is from Brighton and not only publicly supported Porter, but also falsely claimed to have moved quickly to terminate his employment once the allegations surfaced. On Friday, Kelly apparently offered to leave his role because of how he handled the Porter situation, according to the New York Times.

And these allegations are just the latest alleged abuses carried out by members of the president’s team with Massachusetts connections. Former campaign manager, Lowell native, and Patriots fan Corey Lewandowski was arrested and charged with battery in March 2016 for grabbing a reporter.

For a place like Massachusetts that boasts so many bright, talented, and inspiring residents, these officials don’t exactly inspire state pride.