His wife, Vanessa, was taken to the hospital, but the powder was deemed harmless. 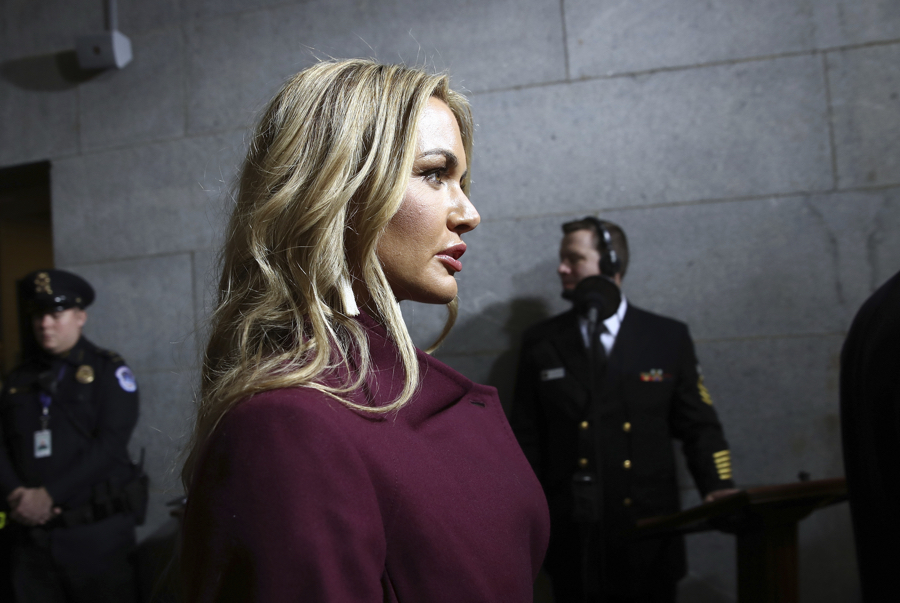 An envelope containing a mysterious white powder that caused a scare at the home of Donald Trump Jr. on Monday may have come from Boston, according to a local report.

Sources told CBS Boston and the Associated Press that the letter was postmarked in the city. Officials have not confirmed the report publicly as a Secret Service investigation into the incident is ongoing.

Vanessa Trump, who is married to Donald Trump Jr., was taken to a hospital in New York City Monday after she opened an envelope containing powder, which had been addressed to her husband. She said at the time she felt ill, but authorities later determined the powder was inert (the AP reports it was corn starch). There was also a letter in the envelope, police have said, but have not provided more details.

Both she and her husband thanked police for their response to the scare, and in a tweet Monday, Trump Jr., speculated that whoever was responsible was a political opponent of his family. “Thankful that Vanessa & my children are safe and unharmed after the incredibly scary situation that occurred this morning,” he wrote. “Truly disgusting that certain individuals choose to express their opposing views with such disturbing behavior.”

A special thanks today to the great men & women of the @NYPDnews @FDNY @SecretService @NewYorkFBI and the Joint Terrorism Task Force for their decisive action and incredible words of support to my wife and family. Their professionalism under pressure made a rough day manageable.

Thank you so much for all the help today in NYC! I appreciate all the quick response to make sure that I was safe ! Thank you @FDNY @SecretService @NYPDnews @NYPDCT @NewYorkFBI

Harmless white powder was also sent to the home of Trump Jr.’s brother Eric in March of 2016. The package was also reportedly sent from Massachusetts.

The incident has brought back memories of the anthrax scare after the September 11 terrorist attacks, during which five people were after exposure to the deadly bacteria spores, and the nation saw a rash of scares related to unidentified powders in packages. Three post offices in the state, including at South Station, reported powder-related scares during that period, according to the Boston Herald. Media organizations around the country were also targeted, including both the Herald and the Boston Globe. Authorities identified the culprit as a Maryland Army biologist named Bruce Ivins, who died of apparent suicide in 2008. But suspicions over whether he was in fact responsible remain.