A Halloween Attack on an MBTA Employee Was a Hoax, Officials Say

A T operator allegedly paid someone to attack him in a Michael Myers mask. 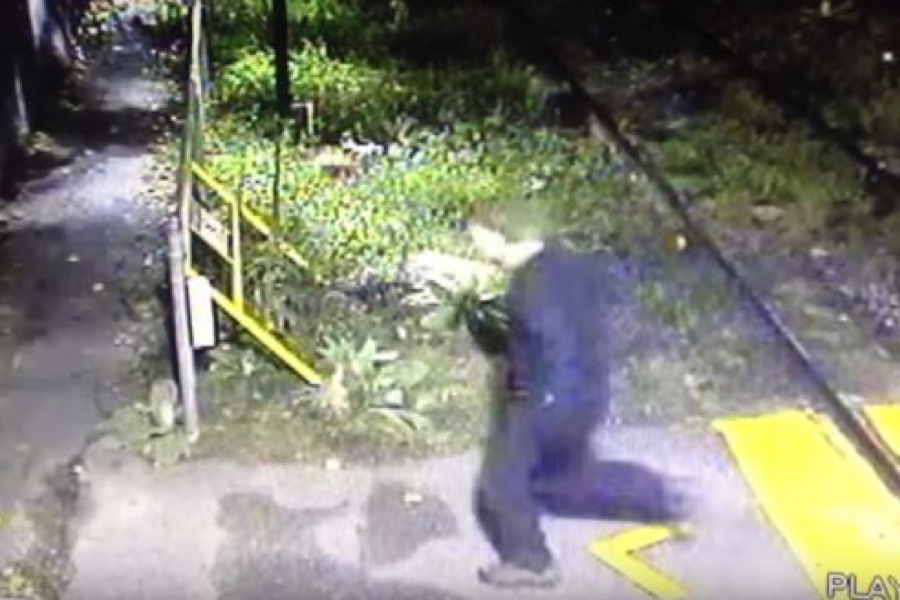 A spooky Halloween attack on an MBTA trolley operator in 2016—which sparked a search for a suspect dressed up like the horror movie character Michael Myers—was a hoax, authorities announced on Thursday.

According to the Suffolk District Attorney’s office, the whole thing was a ruse devised by the T employee, 47-year-old Thomas Lucey, of Saugus, to collect disability and workers’ compensation. Lucey was indicted Wednesday on charges of fraud and perjury, the DA’s office said in a joint announcement with the MBTA Transit Police Thursday.

In case you’ve forgotten about this bizarre incident, the attack came just after midnight on October 30, 2016 at the Cedar Grove Station on the Mattapan Trolley line. The T operator, now identified as Lucey, reported that a man wearing a jumpsuit and mask from the Halloween pulled him out onto the station platform and viciously attacked him, “without provocation,” before fleeing. Transit Police at the time shared security camera footage that showed the suspect, still in costume, sprinting away from the scene (which, by the way, is adjacent to the Cedar Grove Cemetery).

Except officials now say it wasn’t a horrifying random act of violence, as we were led to believe. Authorities were soon able to identify the suspect as an associate of Lucey’s, who later told them Lucey paid him $2,000 to take part in the stunt—a transaction police confirmed with bank records, the release says. Phone records also showed the two had communicated before the allegedly phony attack, according to the announcement. The alleged collaborator has not been named publicly.

Investigators say they identified the suspected attacker by lifting his fingerprints from a plastic pumpkin he had been carrying.

“I’m very proud of my detectives,” Transportation Police Chief Kenneth Green said in a statement. “The perseverance and professionalism displayed in this case is demonstrative of the daily commitment the Transit Police have to the public we serve.”

“Effective investigators follow the evidence wherever it leads,” District Attorney Conley said. “Here, it led us away from first appearances and toward a staged assault for financial gain. We allege that this was a deliberate deception and a crime. Every dollar spent on a fraudulent claim is a dollar that can’t go to someone who deserved it.”

After the attack, Lucey allegedly falsely claimed to be suffering from post-traumatic stress disorder, and began collecting long-term disability insurance.

Lucey is due to be arraigned in Suffolk Superior Court March 20.

“I want to express my sincere gratitude to Chief Green and his detectives for their diligent pursuit of the facts in this case,” said MBTA General Manager Luis Manuel Ramirez. “Programs like Workers’ Compensation are in place to benefit hard working employees with a strong commitment to public service.  When someone abuses the system, we need to call it out, and state very clearly that such conduct will not be tolerated.”