TBT: First Group of Women Arrested for Witchcraft in Salem

Sarah Good, Sarah Osborne, and Tituba were accused of being witches in Salem in 1692. 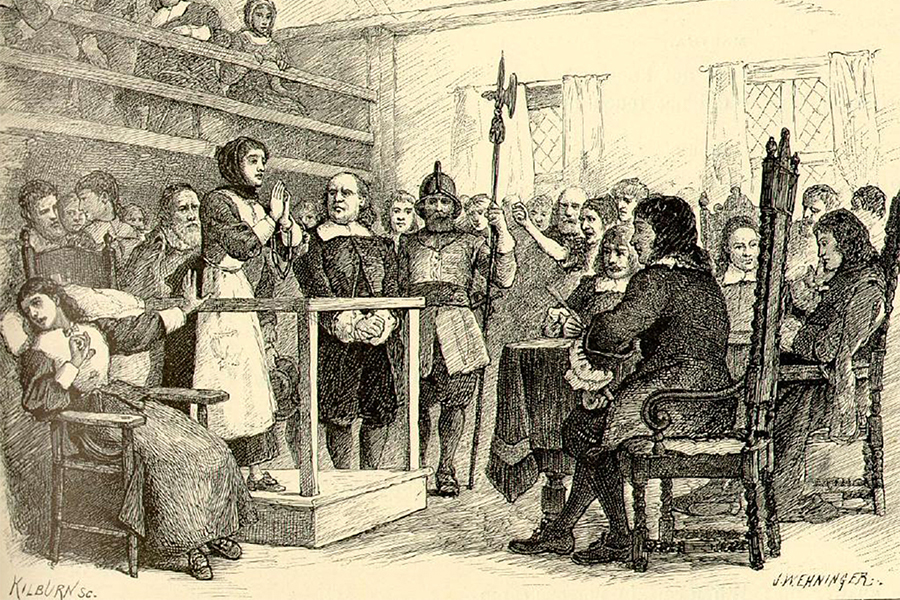 On February 29, 1692, rumors of witchcraft in Salem were bubbling to a boil when warrants were issued for the arrest of three women.

Several people in the community accused Sarah Good, Sarah Osborne, and Tituba—a South American slave—of witchcraft after two young girls had “fits” of violent and uncontrollable outbursts that puzzled local doctors. The girls, Betty Parris and Abigail Williams, were the daughter and niece, respectively, of Samuel Parris, who owned Tituba as a slave at the time. Good and Osborne were relatively poor women with low social status, but were not closely affiliated with the Parris family.

Soon after, a Salem-area doctor diagnosed Parris and Williams with bewitchment due to the apparent evils of Sarah Good, Sarah Osborne, and Tituba. The three women, along with about 140 others, were arrested and would eventually be put on trial for witchcraft. It’s thought that the women’s lack of social standing made them easy targets for accusations.

Tituba not only confessed but went into great detail of her demon-like tendencies, describing visits with the devil and demon pigs, rats, and dogs. She later recanted her testimony, citing physical abuse from Samuel Parris until she confessed.

Tituba was not killed but stayed in jail for a while after her conviction. After she was let out, Tituba didn’t return to the Parris household. She was sold to an unknown slaveowner and the documentation stops there.

When these three women were arrested for witchcraft 326 years ago, the Salem witch trials officially began. By the time the trials ended about 15 months later, almost 200 people were accused of witchcraft of some sort, with 140 of them going to trial. A total of 20 people were executed.

Salem might be known today for its boutique hotels and top-notch museums, but the town’s deep, twisted history is always lurking.