Michelle Obama Will Speak in Boston in April

The former First Lady will be on a panel at the Simmons Leadership Conference. 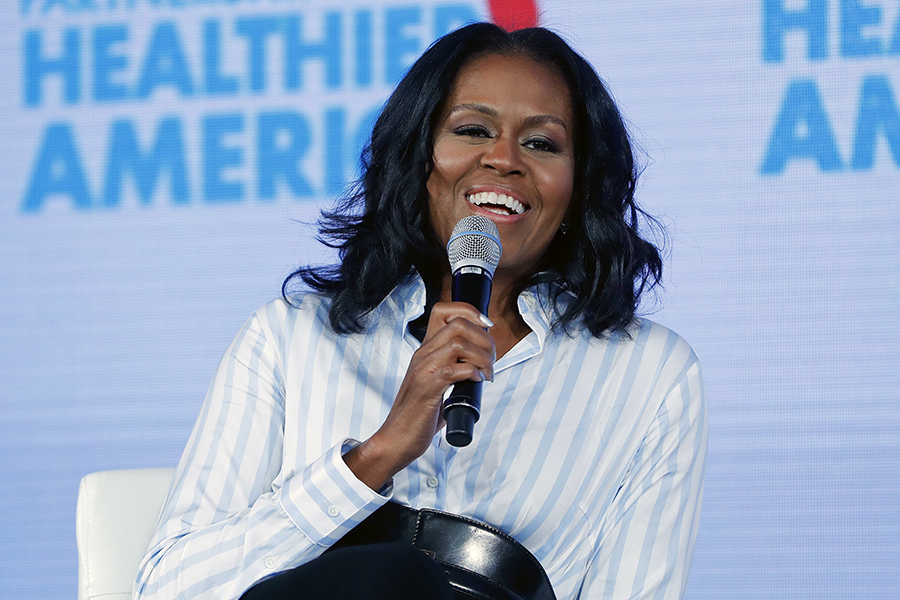 Michelle Obama will participate in the closing session of the Simmons Leadership Conference in Boston on April 5, the organization announced.

The annual conference, run by Simmons College, brings together more than 3,400 women from around the world to collaborate and learn from the experiences of accomplished speakers like the former first lady. This year’s theme, “Disrupting the Ordinary,” focuses on how women have innovated in their fields and challenged norms, according to a press release. Simmons officials said Obama, who will participate in a moderated conversation, embodies the conference’s values and is a natural fit to speak.

“Mrs. Obama is a passionate and tireless champion of women, families, and young people,” Judy Benjamin, the executive director of SimmonsLEADS, said in a statement. “She is one of the most eloquent speakers of our time. We are deeply honored to host such an inspiring model of grace, positivity, and humility.”

Obama joins a long list of remarkable women who have presented at the conference. Past attendees have included Hillary Clinton, Viola Davis, Oprah Winfrey, and Madeleine Albright. This year’s festivities will be held at the Seaport World Trade Center and will also feature Gretchen Carlson, among several others.

The announcement comes just after the former first lady released additional details about her forthcoming memoir, Becoming. The book arrives in November, Obama announced on Twitter, and it will tell the story of her journey from Chicago’s South Side to the White House’s South Lawn.

The Obamas are certainly no strangers to Boston, and President Barack Obama spoke at MIT’s Sloan Sports Analytics Conference over the weekend. And perhaps while she’s in town, the former first lady will take a quick trip to Harvard Square. Rumor has it she knows a student there.