It was hard to watch, but Brown is reassuring fans. 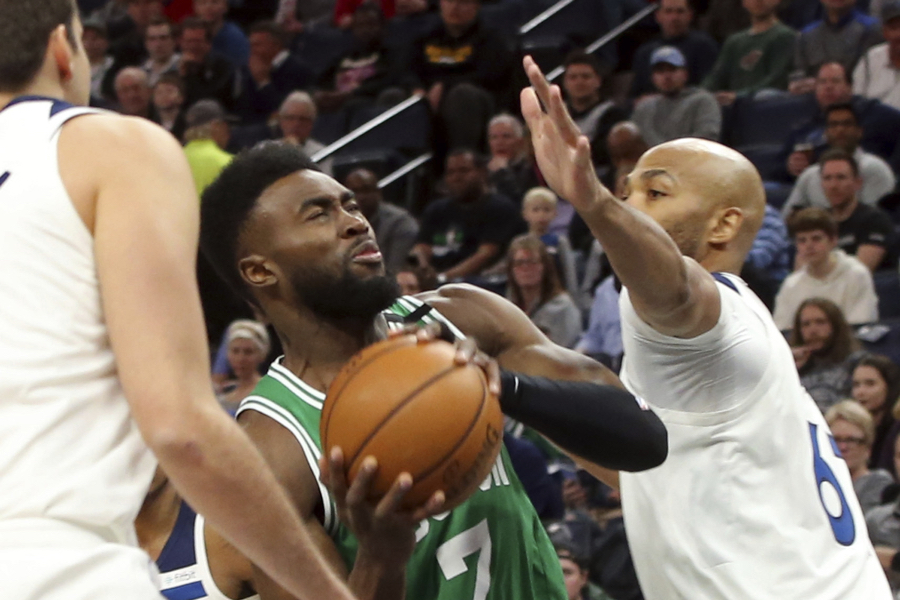 Jaylen Brown on Friday reassured fans that he is “OK” after an absolutely brutal fall during the Celtics’ matchup with the Timberwolves on Thursday night.

“Appreciate everybody,” he wrote on Twitter just after midnight Friday morning. “I’m ok .. Got a headache tho.”

In video of the incident (which, be warned, is not pretty), Brown can be seen looking dazed after falling backward onto his head and neck after dunking. After a brief scare that saw medical personnel rush to his side and an area fall silent, he eventually walked off the court under his own power. He returned to Boston with his team and has, of course, entered the concussion protocol. While it doesn’t appear to have been as bad a fall as many had feared, it’s not clear yet how long he’ll be sidelined.

Terrifying scene as Celtics player Jaylen Brown lands on his head and neck after a dunk against the Timberwolves pic.twitter.com/oHtCY4oFYL

“It’s hard to see that,” teammate Marcus Smart said after the game, according to NBC Sports. “You don’t wish that upon anybody. For him to get up, that’s a strong kid. I was happy to see him on his feet walking off.”

Other NBA stars were quick to offer their best wishes to Brown after the fall, including LeBron James. “Prayers sent to you right now and up,” James tweeted. “Glad to see you walk off on your own.”

Prayers sent to you right now and up Jalen Brown!!!! Glad to see you walk off on your own 🙏🏾