The incident occurred between Saturday evening and Sunday morning, according to police, and is being investigated as a hate crime. 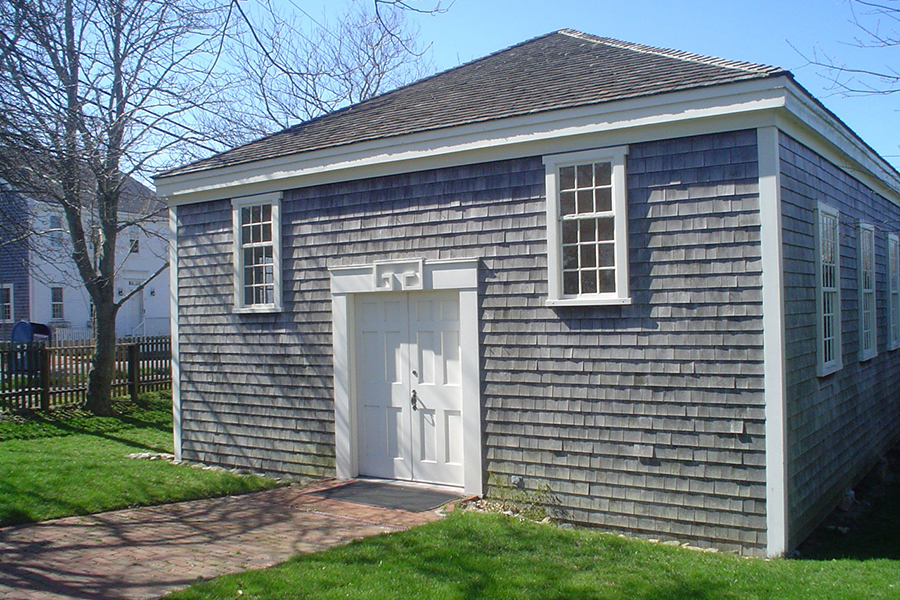 The African Meeting House on Nantucket was defaced with racist graffiti over the weekend, and police are investigating the incident as a hate crime.

On Sunday, residents woke up to find the n word, the word “leave,” and what appeared to be a phallic symbol spray-painted across the historic site’s front. The incident occurred between 4 p.m. Saturday and 6:45 a.m. Sunday, and police are canvassing the neighborhood to get to the bottom of the crime, according to a press release. Community members gathered early Sunday morning to wash the graffiti off the building, The Inquirer and Mirror reports.

The vandalism shocked the Nantucket community, and Charity-Grace Mofsen, the manager of the African Meeting House, told the Boston Globe that the incident made it feel “like nowhere’s safe. … We’re still dealing with the same issues that you would find in the South, or the small-town Midwest. It’s everywhere.”

On Twitter, the Museum of African American History said it was working to remove the graffiti. The organization, “speaks out firmly against the tide of this form of hate.”

On Sun, Mar. 11, the African Meeting House on Nantucket was defaced. Now we begin the process of cleaning & restoring the building. MAAH speaks out firmly against the tide of this form of hate. Our work is to expand our understanding of American history. Full statement to follow pic.twitter.com/1eGsHCKTeK

Massachusetts had the highest rate of reported hate crimes in the nation in 2016, according to the FBI and WBUR, with nearly six incidents per 100,000 residents. Of the 414 reported hate crimes, 212 were motivated by race, ethnicity, or ancestry. State Sen. Julian Cyr, who represents Nantucket, implored the community to recognize that hatred can bubble up anywhere: “Take a good look,” Cyr wrote on his Facebook page. “This isn’t some far off place—this is racist terror in my district. Nantucket woke up this morning to its African Meetinghouse attacked in the most vile and heinous of ways.”

According to 2016 population estimates from the U.S. Census Bureau, 10 percent of residents on Nantucket identify as black or African American.

The Meeting House dates back to 1827, and the building was originally used as a church, school, and gathering place on segregated Nantucket, according to the Museum of African American History. Today, the building hosts exhibits and programming on the history of the African American community on the island.

“Crimes such as this are not what Nantucket is about,” the police department said in a press release. “Nantucket is known for its diverse population and celebrates the diversity of cultures that make up this island community.”