School has been canceled, but students still plan to rally at the State House. 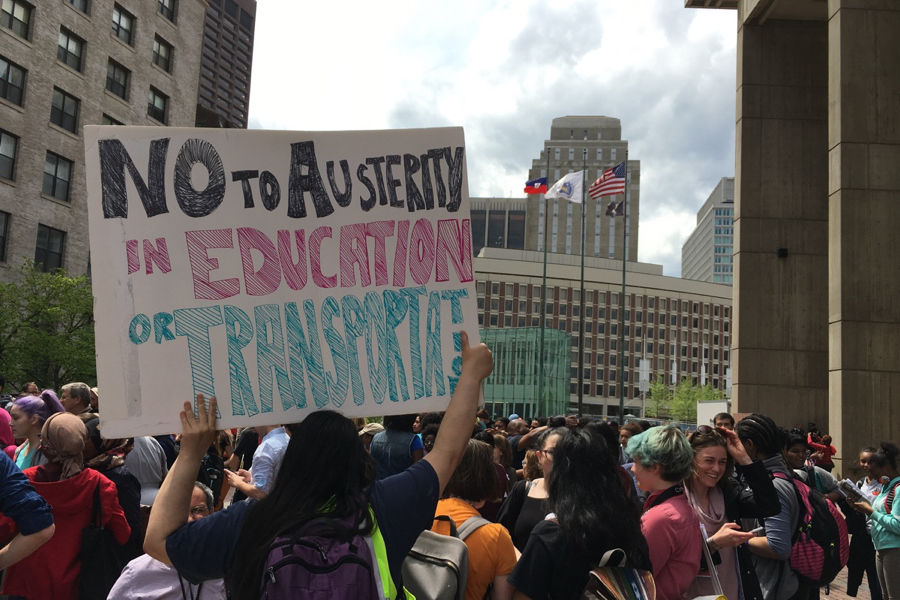 Update: You can’t walk out of school if it’s canceled. School has been called off in Boston and several other communities, with more closures sure to come. Students at many schools say they will opt to hold a walkout the next day they are back in class, says Charlotte Lowell, a 17-year-old student organizer at Andover High School. Meanwhile, the rally and day of lobbying at the State House is still on, Lowell says, adding that “hot cocoa and snacks will be provided.”

Earlier: To mark the one-month anniversary of the Florida school shooting that has galvanized a youth-led anti-gun violence movement, Massachusetts students plan to join peers around the country and walk out of class at 10 a.m. on March 14 to hold rallies and call for change. While most will return to class after 17 minutes, in honor of the 17 victims killed in the shooting, some say they will travel to Boston and lobby legislators at the State House to pass a gun control measure.

Students plan to meet at 11 a.m. at St. Paul’s Church near Boston Common, stage a rally in front of the State House, then head inside at 12:15 p.m. and meet with lawmakers, according to a press release the group distributed Tuesday. The walkout was first announced last month.

The State House rally is on rain, snow, or shine, organizers say, and regardless of whether school is canceled due to snow.

Working in tandem with groups including the Massachusetts Coalition to Prevent Gun Violence, walkout participants will pressure the state Legislature to pass a so-called “red flag” bill, which would empower judges to remove guns from a person’s home at the request of family members or housemates.

“We demand that our lives are prioritized over access to guns,” said Charlotte Lowell, a 17-year-old student at Andover High School and lead organizer of the rally, said in a statement. “We won’t stop until we feel safe in our streets and in our schools.”

As of Tuesday afternoon, 240 people said on a Facebook page for the Massachusetts Walkout for Action that they were interested in attending.

The walkouts are organized in partnership with Women’s March Youth Empower, an offshoot of the group that has planned marches around the country, including in Boston. Students in more than 100 Massachusetts middle schools, high schools, and colleges have said on the Women’s March website that they will participate.

Boston Public Schools Superintendent Tommy Chang has urged students to stay in their schools, and has said those who leave will be marked absent. Instead, he said in a letter to parents, students can take part in school-sanctioned events.

“BPS believes strongly in the importance of student voice and student advocacy on issues that matter most to them and their school community,” Chang wrote in the letter. “To support our students’ participation in this observance and to keep them safe, BPS students and staff are invited to participate in activities that will be arranged by their school as part of the ‘BPS Day of Observance: #Enough.’ These activities, which will be conducted on school grounds, are designed to provide healthy and safe opportunities for students to express their views, feelings, and concerns during this 17-minute period. They may include classroom-based activities, school-wide assemblies, or outdoor observances on a school’s campus.”

The walkout is a prelude to a larger anti-gun violence rally, the March for Our Lives, scheduled for Saturday, March 24. More than 50,000 people said on Facebook by Tuesday that they were interested in the march, and 14,000 said they planned to attend.