Mayor Marty Walsh said Tuesday's blizzard, which dumped more than a foot of snow on the Hub, could affect the annual event. 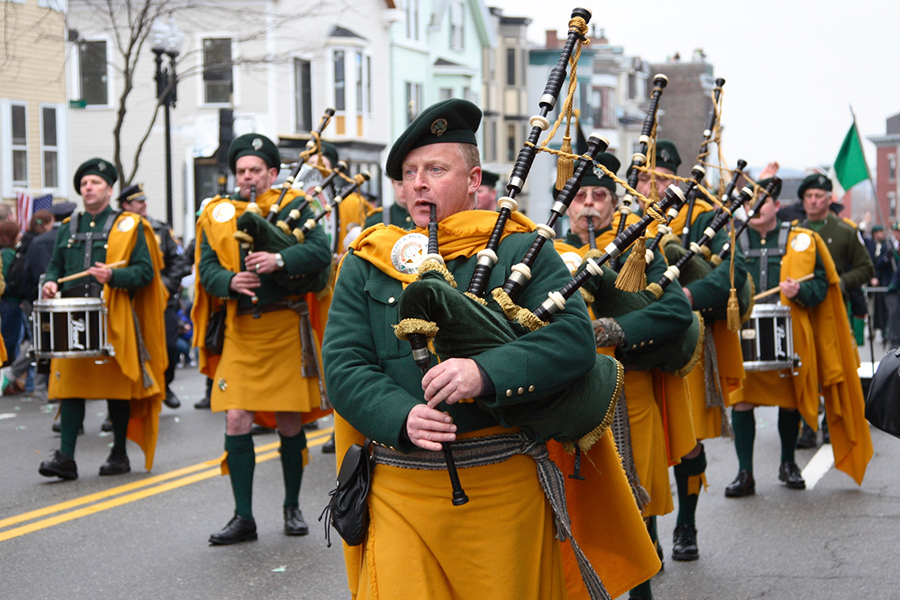 Updated at 5:10 p.m. on March 14: Mayor Marty Walsh said the St. Patrick’s Day parade will follow a snow route to ensure the safety of participants and spectators, according to CBS Boston. The route will begin at Broadway and end at Farragut Road.

Previously: The fate of the annual St. Patrick’s Day parade in South Boston hangs in the balance, after Tuesday’s blizzard dumped more than a foot of snow in the Hub.

A final decision has not yet been made, but Mayor Marty Walsh said because of the thick blanket of snow coating the city, the event may need to be adjusted.

“It’s going to be very difficult, I think, to have the route that winds through South Boston,” Walsh said at a press conference. “We’re going to make a determination a little latter on what to do with Sunday, whether we have the parade or we cancel the parade. … But we still have a lot of work to do as far as removal of snow.”

The 14.5 inches of snow recorded at Logan Airport on Tuesday marks a single-day record for March, according to the National Weather Service. After midnight, another 0.3 inches of snow fell at the airport, bringing the total to 14.8 inches of snow. Elsewhere in Massachusetts, the accumulation totals climbed even higher: Wellesley is covered in 21 inches; Haverhill saw 24.3 inches; and Billerica is blanked in 25.6 inches of snow. Over 140,000 people in Massachusetts were without power as of 9:47 a.m., according to the state’s Emergency Management Agency. Outages are the most widespread in Barnstable County, where a maximum wind gust of 81 miles per hour was recorded.

Tuesday’s blizzard was the third major storm system to hit Massachusetts in less than two weeks, and the weather will likely be incredibly costly for area businesses. Planalytics, a research firm in Pennsylvania, told the Boston Business Journal it estimates the last three storms will have an $850 million to $950 million impact on businesses in Massachusetts—and those numbers do not include the costs of infrastructure damage.

Boston has accumulated 56.8 inches of snow this winter, according to the National Weather Service, but of course, it’s not quite time to stash your shovel. We’ve still got a few weeks to go.