The cornerback intends to sign with the Tennessee Titans, and he'll leave Foxboro without a concrete answer. 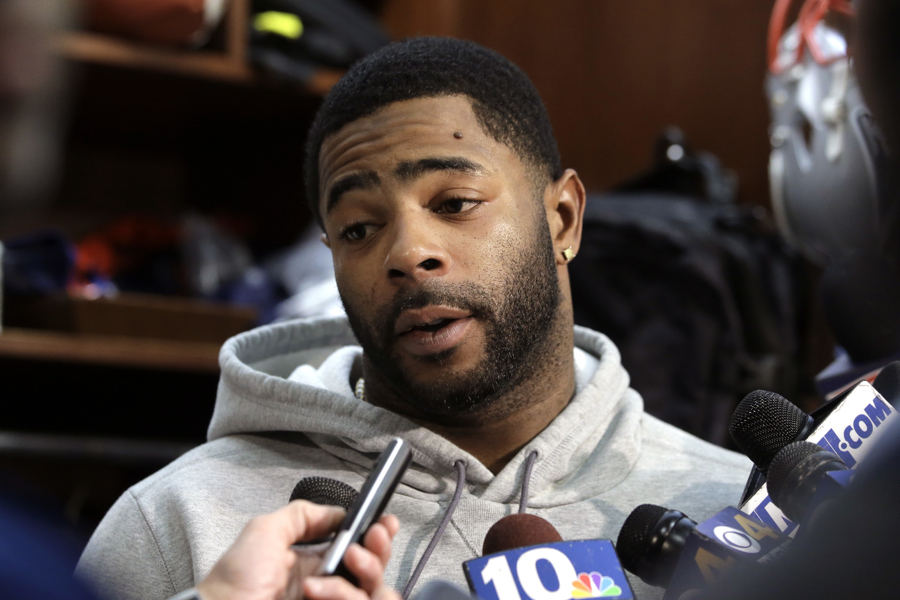 Some mysteries linger, morphing into myths destined to haunt the curious forever. There’s the Bermuda Triangle, whatever happened to Amelia Earhart, and Stonehenge. And now, there’s Malcolm Butler.

The cornerback was benched for February’s Super Bowl, and fans clamored for an explanation after the Patriots fell to the Eagles (not over it). Rumors swirled that Butler had missed curfew to attend a concert or the team had simply given up on him, though he denied participating in “any of the ridiculous activities” that were reported.

Coach Bill Belichick said the decision was based on giving the team the best chance to win, but questions behind the move continued—and it doesn’t look like anyone will be getting answers any time soon. The cornerback is now headed to the Tennessee Titans, and on his way out of Foxboro, he told the Boston Herald he hasn’t spoken to Belichick since the Super Bowl. He also said he’s still in the dark about why he didn’t take the field during the game.

“I never got a reason,” Butler told the Herald. “I feel like this was the reason: I got kind of sick. I went to the hospital. They probably thought I was kind of late on the game plan. … It could have been anything.”

Butler had a game-clinching interception during Super Bowl 49, and it’s hard not to think about whether he could have changed the outcome of this year’s championship. In the aftermath of the trade, the cornerback acknowledged Belichick’s expertise, but also noted the Patriots didn’t end up on top this season: “Bill Belichick has been doing this for a very long time,” Butler told the Herald. “It didn’t work out the best for me or him or the New England Patriots. But I can say he won more than he lost, so it is what it is.”

Butler is one of several cogs in the Pats machine departing for other squads this off-season. Wide receiver Danny Amendola intends to sign with the Miami Dolphis; running back Dion Lewis will likely join Butler in Tennessee; and tackle Nate Solder is expected to head to the Giants. Belichick’s coaching staff also lost Matt Patricia, the former defensive coordinator who will be the head coach of the Detroit Lions next season.