TBT: Maine Becomes a State, Breaks Up with Massachusetts

The Pine Tree State joined the union on March 15, 1820, as part of the Missouri Compromise. 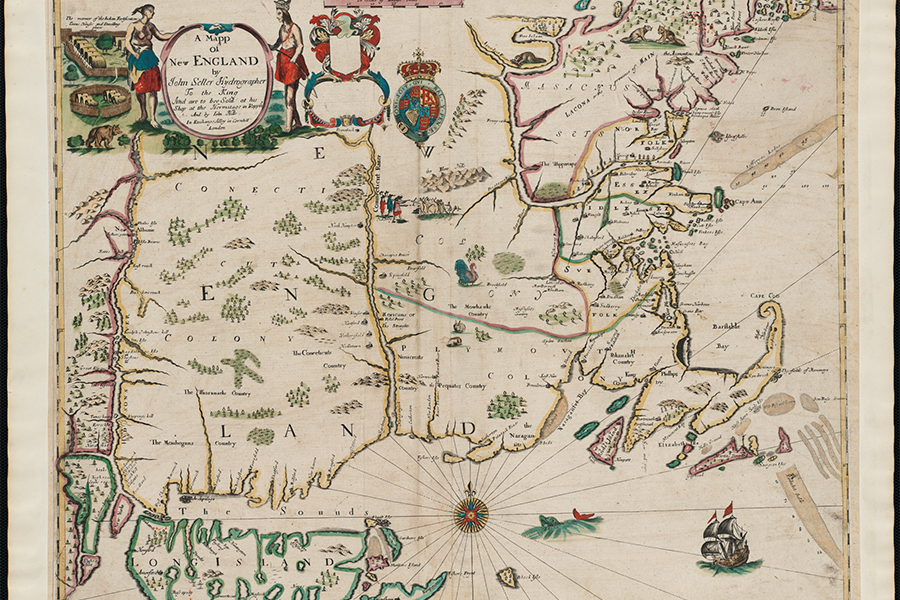 “A mapp of New England” image by Maps.BPL.Org on Flickr.

Ah, Maine, that beautiful enigma. It’s got stunning vacation homes, the “prestigious” marker of being the first official dry state, and the honor of hosting the iconic Oxford comma lawsuit. But before our neighbors up north had a state to call their own, they were part of good ole’ Massachusetts.

Maine began as a Massachusetts province in 1677, but 143 years later, on March 15, 1820, Maine flipped its Facebook relationship status to “single” and officially broke up with the Bay State.

Mainers started campaigning for independence as early as 1785, and statehood was put to the popular vote six times from 1792 to 1819, according to a paper written by the historian Liam Riordan. Ultimately, separatists were galvanized by a lack of military support from Massachusetts during the War of 1812. While the British navy attacked the coast, Mainers felt like they weren’t prioritized by their Bay State leaders. Statehood eventually gained majority support across Maine in July 1819, and the legislature got to work on founding documents.

By some measures, Maine’s constitution was progressive for its time. State leaders included protections for religious freedom, eliminated property ownership as a precondition to voting, and granted black men the right to vote. The legislature submitted its petition for statehood to the U.S. Congress in December 1819, but its bid played into a political context that extended far beyond New England.

Maine became the union’s 23rd state as part of the Missouri Compromise, which aimed to maintain the balance of free and slave states in the country. So after Maine was admitted as a free state, Missouri joined the nation as a slave state. The Missouri Compromise also banned slavery in the Louisiana Territory north of the 36-30 latitude line, though it was eventually declared unconstitutional by the Supreme Court in the 1857 Dred Scott decision.

And so, though its admittance to the union broke a few hearts in Massachusetts, Maine’s statehood holds a salient place in American history, providing what would prove to be a temporary solution in a nation destined for civil war.