He's expected to reveal a plan that includes the death penalty for some drug dealers when he visits Manchester on Monday. 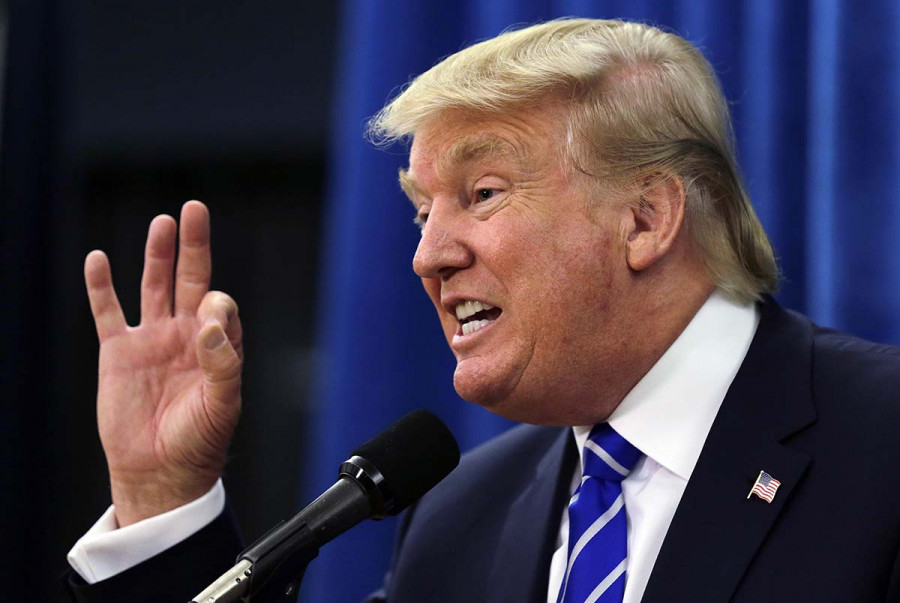 President Trump is scheduled to appear in Manchester, New Hampshire, on Monday, where he’s expected to make an announcement on drug policy. The plan will reportedly include giving certain drug dealers the death penalty.

Trump promised on the campaign trail that he would eradicate opioid addiction, but has been criticized for thus far not investing in solutions to the problem. He declared the issue a “public health emergency” in October, but it was a change that did not come with any additional funding.

His administration has been circulating a more sweeping opioid plan with a mix of treatment and law enforcement measures, according to Politico, which obtained copies of it this week. It includes ideas that public health advocates have pushed for, such as limits on painkiller prescriptions, a nation-wide prescription drug monitoring program, increased funding for Naloxone, and a change that would allow those on government insurance to get treatment in large inpatient facilities.

It also calls for a War on Drugs-style escalation of law enforcement—a half-century-old strategy that has succeeded so far only in filling prisons—with proposals that include making it easier to seek mandatory minimum convictions for some drug crimes.

Most controversially, it would make it an option for prosecutors to seek the death penalty for some drug dealers. Capitol punishment, according to a recent version of the plan obtained by Politico, could be deployed in “certain cases where opioid, including Fentanyl-related, drug dealing and trafficking are directly responsible for death.”

Trump has repeatedly expressed his admiration for Philippines President Rodrigo Duterte, who has overseen the extrajudicial killings of drug offenders in his country. The president has also reportedly privately praised a policy of mandatory death sentences for drug crimes in Singapore.

He’s scheduled to visit a fire station, then appear at an event at Manchester Community College, where we can reportedly expect to hear the big announcement, according to the Concord Monitor.

This will be Trump’s first visit to New Hampshire since a rally the night before the election, where he read a letter of effusive praise written by Patriots coach Bill Belichick. He lost the state by a narrow margin to Democratic rival Hillary Clinton.

New Hampshire has seen the third-most deaths per capita related to opioids in the country, according to the CDC, and in a discussion with Mexican President Enrique Peña Nieto last year, Trump called the state a “drug-infested den.”