Someone Rode a Bike in a Boston Tunnel Again

Video shows someone pedaling through the O'Neill Tunnel after the St. Patrick's Day Parade on what appears to be a Hubway bike. 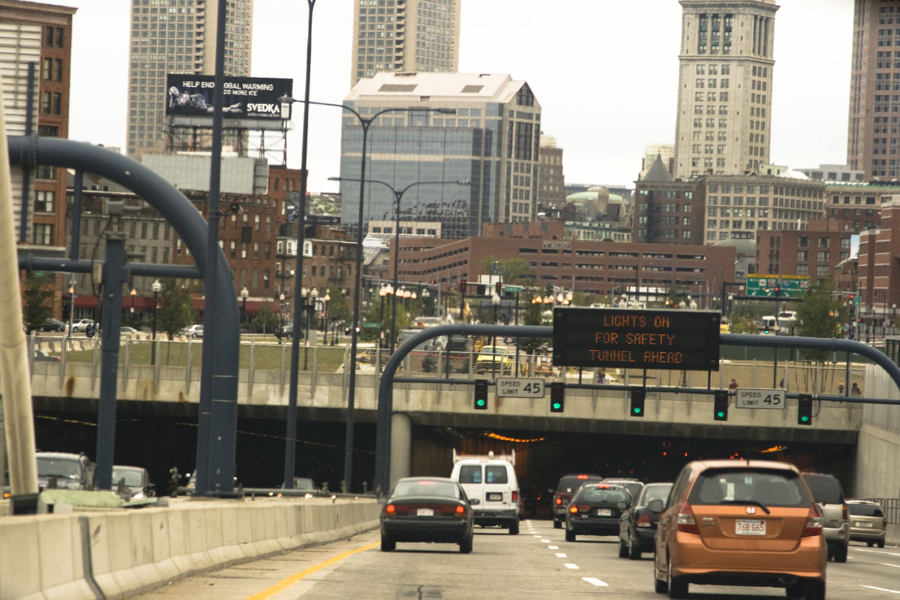 Why does this keep happening!?

Yet another video of someone taking a deeply dangerous trip on a bicycle through one of Boston’s tunnels has surfaced online today, this time inside what appears to be the O’Neill Tunnel after the St. Patrick’s Day Parade.

The clip emerged on Reddit Sunday evening, and according to a time stamp was captured just before 5:15 p.m. It appears to show a man pedaling away, helmet-free, near the exit for I-93 North from Congress Street in South Boston, on a stretch where there is no sidewalk or even a breakdown lane, let alone a protected bike lane.

It looks pretty scary. It shows one car having to change lanes to avoid hitting him, and at one point in the short clip, the cyclist’s handlebars appear to wobble precariously.

Someone got a little lost on the way home from the parade.

In case you were worried about how the bike-rider fared in his journey, the Massachusetts Department of Transportation says it can confirm he made it out OK. “MassDOT staff report that this individual traveled approximately one mile before exiting via a stairwell,” a spokesman said in an email.

Needless to say, you are not supposed to do this.

It does happen occasionally, when someone who presumably is not used to biking in the city gets confused while aboard a Hubway bike—possibly while following directions on a smartphone. It wasn’t immediately clear whether the cyclist in this case was riding a Hubway bike, and a spokeswoman for the service could not immediately confirm it, although it looks an awful lot like one.

Similar video of a lost Hubway biker in a Boston tunnel emerged in September of 2016, prompting the operators of the soon-to-be-renamed bike-share service to remind users that riding in a tunnel is “EXTREMELY dangerous and definitely illegal,” and that anyone caught doing so would have their riding privileges revoked.

“[I]f you happen to drive past someone doing this,” Hubway wrote on Facebook at the time, “please be very careful and allow extra space, and do not yell at them or swerve suddenly around them. Even though (and because) they should not be riding there, they are extremely vulnerable. If you are able to do so in a calm and safe way, ask politely and sincerely if they need help. Also, call the police (non-emergency) to let them know about the rider on the highway so that they can be located and escorted off of the highway safely. Thanks.”