A Fourth Nor’easter Is Headed for Boston

The National Weather Service has issued a winter weather warning for Boston ahead of Wednesday's storm. 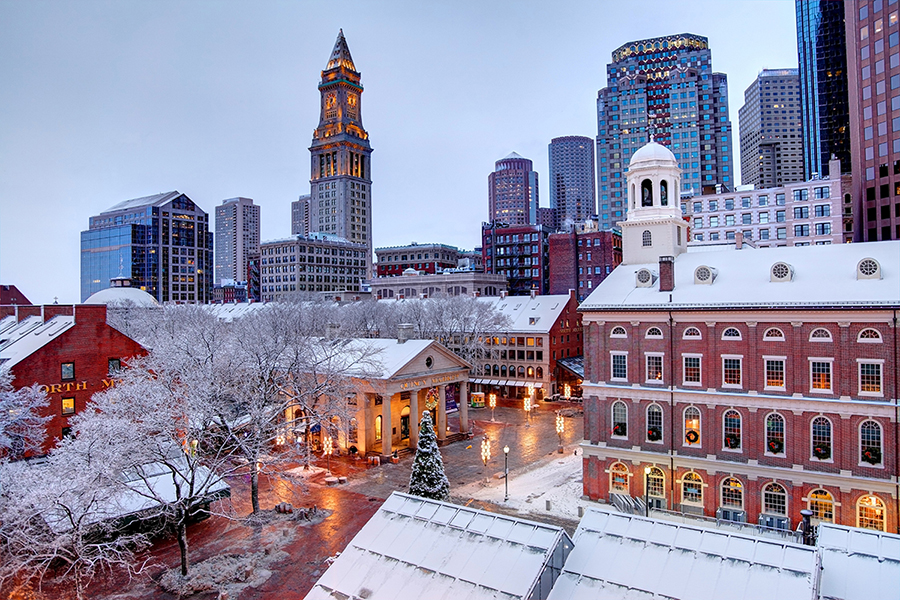 Updated at 9:43 a.m. on March 20: The National Weather Service issued a winter storm warning for parts of Massachusetts, Connecticut, and Rhode Island from 8 a.m. Wednesday to 8 a.m. Thursday. Travel in the affected area, which includes Boston, Quincy, and Worcester, “will be very difficult to impossible,” according to meteorologists. Boston is expected to get between 8 inches and 12 inches of snow, while areas in southeastern and western Massachusetts look poised to avoid the higher accumulation totals.

Winter weather threats are set to arrive in Boston around 9 a.m. Wednesday, and wind gusts could reach 40 miles per hour.

Previously: Tuesday may be the first day of spring, but like that pesky cowlick that won’t lay flat no matter how much hairspray you use, winter isn’t going down without a fight.

The National Weather Service in Taunton is monitoring yet another nor’easter—yes, the fourth this month—headed for Massachusetts. The storm will likely impact the area between Wednesday and Thursday, though its heft is still uncertain. Current projections indicate a low probability of a major snow event in Boston, with meteorologists predicting the city will see about 3 inches of snow by 8 a.m. Thursday. However, the forecasters said on Twitter that the “breadth and magnitude of threats” remains up in the air, so don’t put away that shovel just yet.

The exact timing of the storm’s arrival is in flux, but Kim Buttrick, a meteorologist with the National Weather Service, told the Boston Globe on Monday morning that the Wednesday afternoon commute could be impacted by the nor’easter. She said getting to work on Wednesday will likely be business as usual.

Meteorologists anticipate more snow will accumulate in southeastern Massachusetts, with Plymouth expected to see about 5 inches. Additionally, the storm could bring wind gusts of up to 40 miles per hour and coastal flooding in conjunction with high tide on Thursday morning, according to the National Weather Service.

Ahead of the storm, the area will continue to feel more like January than mid-March, with “dry but unseasonably cold weather” lingering in greater-Boston through Tuesday, according to meteorologists. After the storm rolls out of the Hub, Friday and Saturday are projected to be drier, with high temperatures inching into the low 40s.