Mitch Landrieu will be honored by the JFK Library Foundation in Boston on May 20. 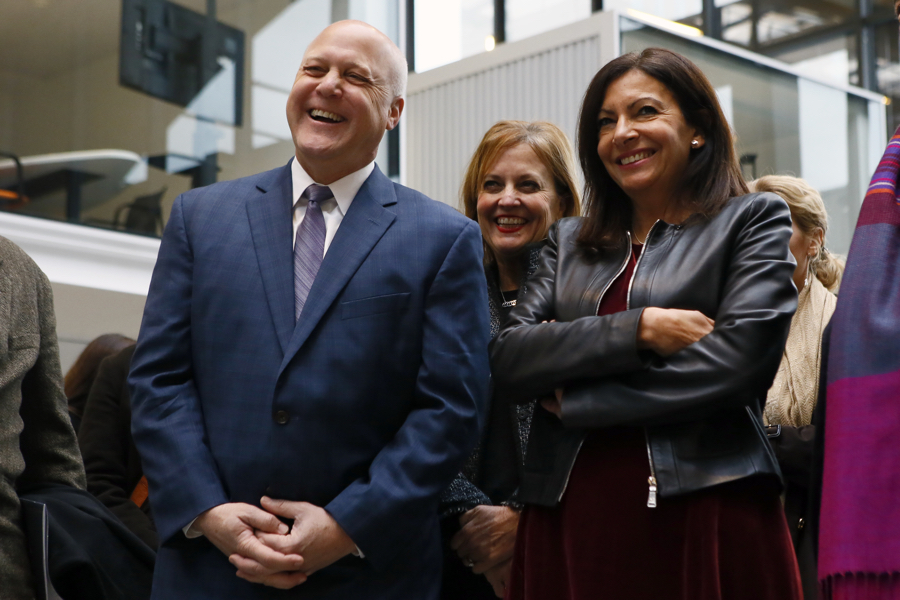 In recognition of his efforts to topple Confederate statues in his city, the JFK Library Foundation announced Tuesday it will honor New Orleans Mayor Mitch Landrieu with its coveted Profile in Courage Award later this year at a ceremony in Boston.

Landrieu was among the loudest voices advocating for removing monuments to the Confederacy in Southern cities, and succeeded in removing four of them in New Orleans despite stiff opposition (most of his state opposed his efforts). His efforts also came during a year that saw violent torch-lit rallies in Virginia protesting the removals and invective from conservatives, Confederate apologists, and white nationalists.

In the announcement, the foundation pointed to Landrieu’s widely read May 2017 speech that addressed critics of removing statues and, according to the library, succeeded in “reflecting on the history of slavery and brutality that undergirded the monuments, and appealing to public conscience to reckon truthfully with America’s enduring legacy of racism.” In it, Landrieu argued that the leaders of the Confederacy were not “patriots” and that cities should not honor them in public places. The library shared a video of it, including this excerpt, on Twitter:

These men did not fight for the United States of America. They fought against it. They may have been warriors, but in this cause they were not patriots.

These statues are not just stone and metal, they’re not just innocent remembrances of a benign history. These monuments celebrate a fictional, sanitized Confederacy, ignoring the death, ignoring the enslavement, ignoring the terror that it actually stood for.

We’re proud to honor New Orleans @MayorLandrieu with the 2018 #ProfileInCourage Award for leading the removal of four Confederate statues in the city. Join us in congratulating him, and sign our card. https://t.co/nW3lQdyxW8 pic.twitter.com/Hi3epmC4Im

Massachusetts made quick work of removing its only monument to the Confederacy last year, and barely anyone batted an eye. It wasn’t so easy for Mitch Landrieu, the New Orleans mayor who reportedly received a flood of threats. Of the four removed last year, three honored Robert E. Lee, Jefferson Davis, and General P.G.T. Beauregard. A fourth, an obelisk dedicated to an anti-Reconstruction skirmish, was explicitly white supremacist.

The library has given the prestigious award annually since 1989 in recognition of “public servants who have made courageous decisions of conscience without regard for the personal or professional consequences,” the foundation says. Last year’s winner, which was awarded during the 100th anniversary of President Kennedy’s birth, was President Barack Obama.

Those interested have also been invited to send messages of congratulations to Landrieu via a form on its website.

In a video he shared on Twitter, Landrieu said he was “surprised, humbled, and thrilled” to be chosen for the honor.

It’s hard to express how surprised, humbled, and thrilled I was to receive the call from Jack. President Kennedy has been one of my heroes since the time that I was a baby. I can’t ever remember not thinking about ways that I actually could serve my country. And much of that was directed to the charge that he gave to me and so many of us. To the entire Kennedy family and the new generation that is yet to come, my heartfelt thanks to all of you and I can’t wait to be with you soon.

I am so humbled and honored to receive the @JFKLibrary #ProfileInCourage Award. My sincerest gratitude to Jack, the Kennedy Family and the committee for selecting me. pic.twitter.com/wLgRlX4Ahz