Mitt Romney: “DACA Kids Shouldn’t All Be Allowed to Stay in the Country Legally”

The Utah Senate candidate says he's "more of a hawk on immigration than" Trump. 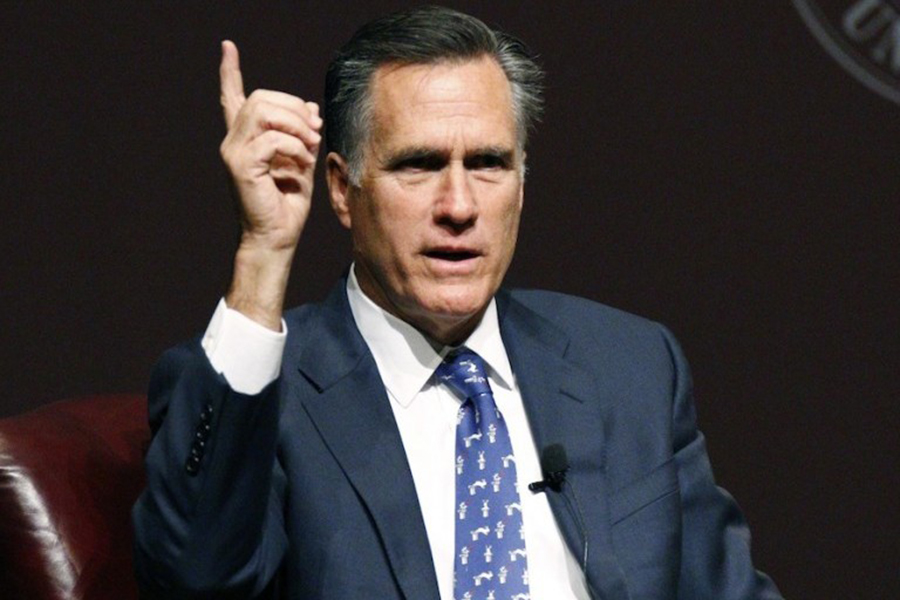 Mitt Romney, the former Massachusetts governor who’s running for U.S. Senate in Utah, wants to out-Trump the president when it comes to the nation’s young undocumented immigrants.

At a Q+A session in the Utah city of Provo, Romney reportedly said voters should rest assured that, despite his criticisms of Donald Trump, he is as conservative as they come. So much so, he said, that he thinks the hundreds of thousands of immigrants brought to the country illegally when they were children should be deported.

“I’m also more of a hawk on immigration than even the president,” Romney said, according to the local newspaper, the Daily Herald. “My view was these DACA kids shouldn’t all be allowed to stay in the country legally.”

Recipients of the Deferred Action for Childhood Arrivals program, an Obama-era initiative, are shielded thousands from being deported if they were brought over the border as infants or young children and did not have a criminal background. Trump announced last year that he would eliminate the program and expose those immigrants to deportation, unless a legislative fix can be found to grant them legal status. Congress has failed to do so, amid disagreement about whether to grant so-called dreamers a pathway to citizenship and on which concessions Democrats should make on immigration policy, including funding for Trump’s proposed border wall.

Trump has placed the blame on Democrats for the impasse, and has insisted that he wants to find a solution that keeps DACA recipients from being sent back to countries they hardly remember.

“Now I will accept the president’s view on this,” Romney continued, according to the paper, “but for me, I draw the line and say, those who’ve come illegally should not be given a special path to citizenship.”

He also said if DACA recipients “need to do more” to become permanent residents, including by doing things like getting a college degree, serving in the military, or becoming a teacher, the Daily Herald reports.

As a candidate for president in 2012, Romney said said he supported a pathway to citizenship for undocumented immigrants in the military and would honor the Obama-era program if elected, promising to pass immigration reform legislation that would replace it. He also said his policies would make life so difficult for people here illegally that it would lead to “self-deportation.”