It’s not a fact; it’s a feeling. And in today’s Boston, it’s more important than ever. —By Jason Schwartz 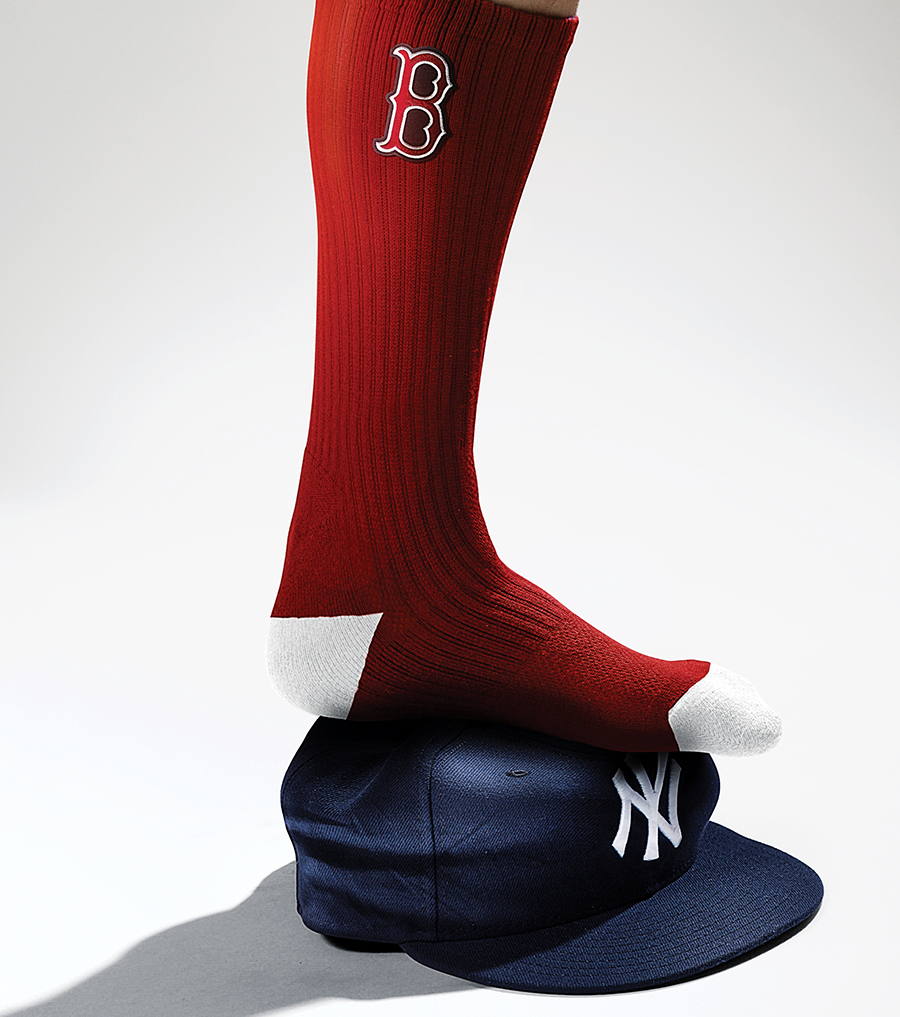 Let’s be honest: This Red Sox team is boring. As dull as watching paint dry on the Green Monster and with all the personality of a metal pole obstructing your view. The most interesting thing about star outfielder Mookie Betts is that he’s good at bowling. Shortstop Xander Bogaerts seems so pleasant and reasonable that I can’t even get angry over him suddenly needing Little League fences to hit a home run. Even ace pitcher Chris Sale—who as a member of the White Sox famously cut a throwback uniform to shreds before a start because he didn’t like how it fit—appears well behaved now. For most of the off-season, the team’s biggest storyline was that outfielder Andrew Benintendi got a haircut. That torpor was broken when the club signed J.D. Martinez, but only after pitcher David Price “recruited” the slugger by warning that Fenway fans would surely boo him.

To be clear, this isn’t some nostalgia-soaked pining for 2004, when baseball really mattered. Just two years ago, in David Ortiz’s final campaign, the Red Sox put on a joyous romp of a season. From Jackie Bradley Jr.’s springtime hit streak all the way through Big Papi’s last goodbye, they bashed and they danced and they won.

But if 2016 was a season-long samba, last year felt like a choreographed dance to no music. The team somehow glided once again to 93 wins and another American League East title, but it all felt so rote. Veterans such as Price and Dustin Pedroia grumbled and discontent festered. Maybe the problem was that Papi left. Maybe it was simply that baseball’s glacial pace feels ever more out of step with the rest of society. Even Ortiz complained this winter, “The game’s turning a little boring.”

Here’s the thing: We cannot afford another boring Red Sox season. It is 2018, the world has gone mad, and we desperately need a distraction—even if for just a few hours a night.

So what is the answer?

I have it for you in two words, my friends: Yankees suck.

The rivalry may have fizzled in recent years, but if the Red Sox are difficult to love, then we must hate the New York Yankees with renewed fervor. It was bad enough that they rode Aaron Judge’s freakishly large back to the cusp of the World Series last year, but this off-season New York went full Evil Empire, essentially buying baseball’s best hitter, Giancarlo Stanton, from the Miami Marlins. Yes, the same Marlins who just happen to be owned by overrated former Yankees shortstop Derek Jeter.

Make no mistake, the Yankees are back. And so are their fans, with all their entitlement and arrogance and that dumb, open-mouthed face they always make (you know the one—like they’re about to insult you, if only they could think of something clever). For a long time, the more decorum-minded among us have wagged that Bostonians look classless when we chant “Yankees suck,” and maybe they’re right. And the truly tedious have pointed out that, more often than not, the Yankees really don’t suck. After all, Fenway fans chanted it most frequently during New York’s run of success in the 1990s.

But here is what those people have never understood: Yankees suck is not a fact; it is a feeling.

I can hear your counterarguments: The Sox have hoarded stars and high-priced free agents just the same. And are Boston fans any better? We have, after all, been accused from time to time of arrogance and entitlement. Exhibit A of that, some might even argue, would be complaining that a team coming off back-to-back division championships is too boring. Red Sox fans these days, the critics say, are really no different from Yankees fans.

Maybe that’s all true. Whatever. I don’t care. This is not the season of logic. So let’s go Red Sox. Yankees suck.