The Boston companies responded after she taunted the Parkland shooting survivor over his college applications. 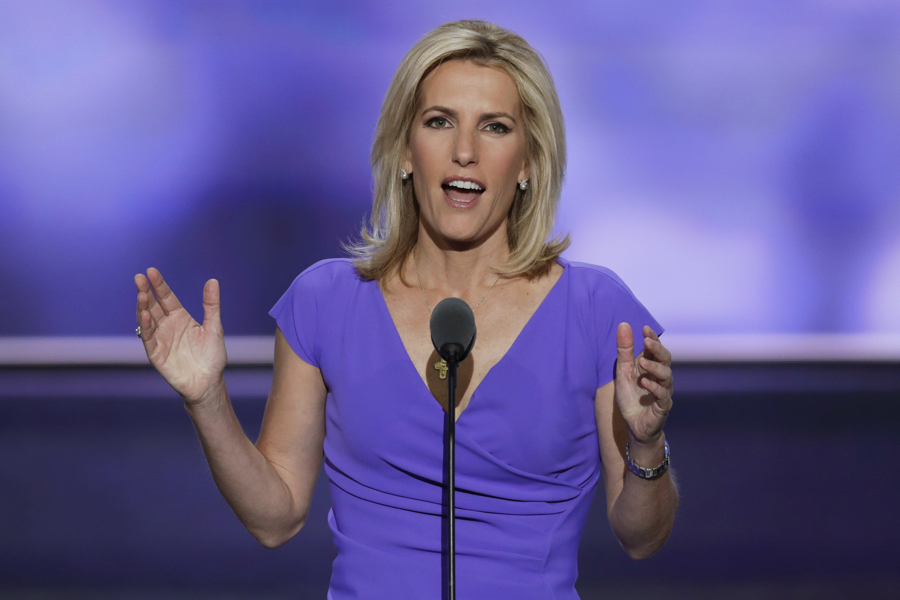 Amid a campaign to yank funding from the bomb-throwing TV personality, Boston companies Wayfair and TripAdvisor said Thurdsay they would pull their ads from Laura Ingraham’s show on Fox News. Liberty Mutual, the Boston insurance firm, joined them on Friday.

Ingraham came under fire this week after she poked fun at 17-year-old David Hogg, who has called for stricter gun laws after 17 of his classmates were killed in last month’s mass shooting at Marjory Stoneman Douglas High School. She shared a link on Wednesday to a story about colleges that had rejected applications from Hogg, and accused him of whining about it.

David Hogg Rejected By Four Colleges To Which He Applied and whines about it. (Dinged by UCLA with a 4.1 GPA…totally predictable given acceptance rates.) https://t.co/wflA4hWHXY

It wasn’t exactly a grown-up thing for a serious newsperson like Ingraham to say, and it wasn’t even, strictly speaking, true. “He actually did the OPPOSITE of whining,” reads a post from the celebrity gossip site TMZ, which first published the interview about Hogg’s college prospects. So it was a cheap shot at someone who happens to be a teenager, and who also happens to have a lot of sway at this political moment.

Hogg responded by sharing a list of the top 12 advertisers for The Ingraham Angle to his more than 600,000 Twitter followers, encouraging them to contact the companies. It was shared more than 44,000 times.

Pick a number 1-12 contact the company next to that #

A growing list of companies—which so far includes Nestle, Expedia, and the Rachel Ray pet food brand Nutrish—appear to have gotten the message and say they are cutting ties with Ingraham.

In a statement on its website Thursday, TripAdvisor said that it found the TV personality’s comments “inappropriate” and that they “cross the line of decency.” Wayfair, in a statement, said the “decision of an adult to personally criticize a high school student who has lost his classmates in an unspeakable tragedy is not consistent with our values.”
Liberty Mutual had not responded to the campaign as of Thursday evening. On Friday afternoon, it said it would no longer advertise on Ingraham’s show and “will continue to analyze our advertising placements to make sure they align with our beliefs as a company.”

The following message was issued earlier today to employees of Liberty Mutual Insurance by David Long, Chairman and CEO: pic.twitter.com/FVyIBZrnC0

Ingraham said Thursday that she apologized “for any upset or hurt my tweet caused [Hogg] or any of the brave victims of Parkland.” She also reminded us all that her program was “the first to feature David” on the air, and invited him to come back on “for a productive discussion.” But Hogg said in a tweet that he would “only accept your apology only if you denounce the way your network has treated my friends and I in this fight. It’s time to love thy neighbor, not mudsling at children.”

Any student should be proud of a 4.2 GPA —incl. @DavidHogg111. On reflection, in the spirit of Holy Week, I apologize for any upset or hurt my tweet caused him or any of the brave victims of Parkland. For the record, I believe my show was the first to feature David…(1/2)

… immediately after that horrific shooting and even noted how “poised” he was given the tragedy. As always, he’s welcome to return to the show anytime for a productive discussion. WATCH: https://t.co/5wcd00wWpd (2/2)

I 100% agree an apology in an effort just to save your advertisers is not enough. I will only accept your apology only if you denounce the way your network has treated my friends and I️ in this fight. It’s time to love thy neighbor, not mudsling at children. https://t.co/H0yWs4zMGk

In February, an online campaign pressured the Boston home security company SimpliSafe to cut ties with the pro-gun NRA.

This story has been updated to include the announcement from Liberty Mutual.