She was a mental illness advocate and an overall boss of a human being. 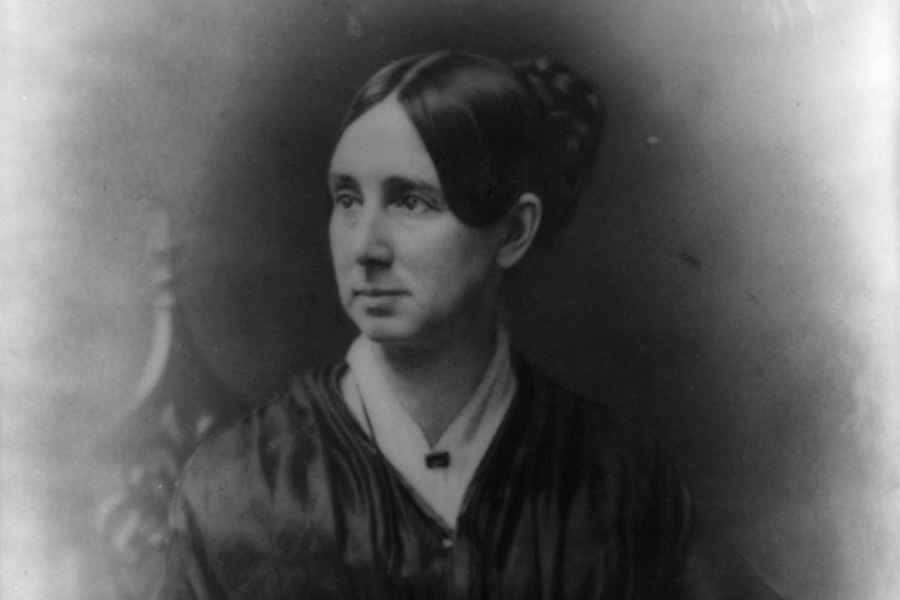 Getting political traction and starting a revolution is no small task—especially if you’re a woman in the 19th century. But Dorothea Dix was one of a kind.

After a few years leading a private girls school in Boston, publishing a couple of books, and working in England, Dix returned stateside to teach Sunday school classes at the East Cambridge Jail. What she saw was appalling.

On March 28, 1841, Dix, who was hired to foster the intellects of the inmates, found it was the people responsible for the jail who were in desperate need of an education. Despite living alongside the incarcerated, several of the women in the jail were not criminals, but rather, the mentally ill. The women were locked in dingy, unhygienic, unheated cells, sometimes with violent felons. And as bad as the living conditions were, they were treated even worse. Dix observed that the women were starved, beaten, chained, and sexually abused.

After seeing the horrors in the East Cambridge Jail, Dix began her campaign for the more humane treatment of the incarcerated. She traveled to other parts of Massachusetts and found East Cambridge was not an outlier; jails all over the state were filled with mentally ill people who had no criminal record. Along the way, Dix took notes and interviewed people in countless fields; she talked to psychiatrists to learn more about mental illnesses; and she met with people who worked in the jails, people who lived in the community, and people who had been affected by mental illness. She was tireless in her pursuit of prison reform.

In 1843, she submitted a pamphlet to the Massachusetts state legislature demanding reform and sympathy for the people who had been discriminated against because of their mental health. Then, when the Civil War started, Dix did even more for people in need. She was appointed Superintendent of Female Nurses of the Union Army and led the corps of volunteer nurses in distributing supplies to soldiers. After the war, she continued her advocacy work until she contracted malaria in 1870.

Dix was a fierce champion for the incarcerated, and she was a key player in the reformation of the Massachusetts prison system. Because of her commitment, new facilities were built to house the mentally ill, so they weren’t just thrown in jails. And beyond encouraging a change in living conditions, Dix also began to chip away at the stereotypes of mental illness, a fight that continues today.