Quirky lingo abounds in Red Sox Nation, and we've got you covered on the terms beyond the Green Monster. 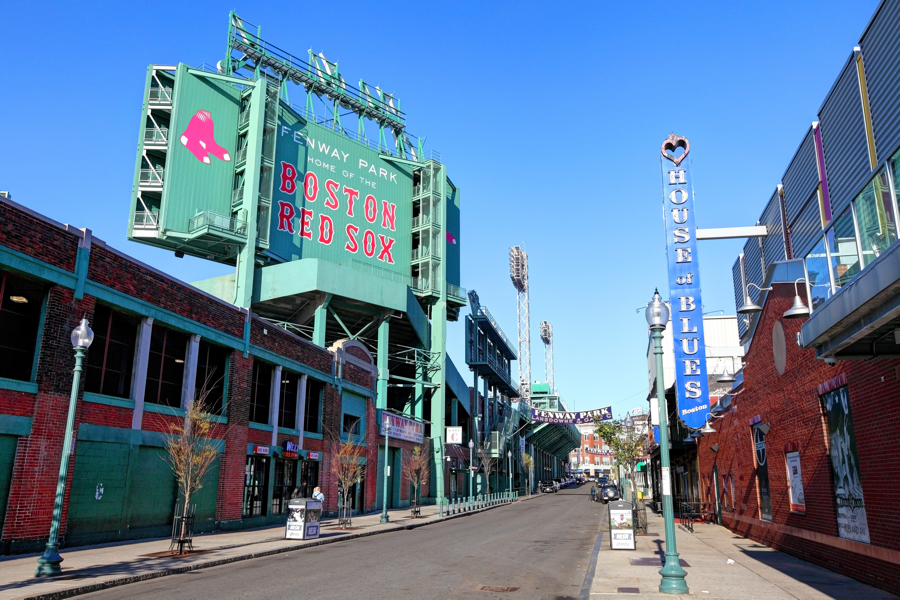 After a rickety ride on the B Line, you’re making a beeline for the controversially-named Yawkey Way. You know you’re about to order a Fenway Frank and have been practicing your “Yankees suck” chant for days. But despite having read two op-eds about the prospects of Chris Sale and done some scanning of Jackie Bradley Jr.’s Instagram, you know there’s still a lot of quirk inside Fenway’s fences that you need to master. The Red Sox home opener may not be for another week, but whether you’re new to the city or have been bluffing for years about knowing all these landmarks, here’s how to sound like one of the Fenway faithful.

The foul pole in right field named for Red Sox infielder and manager Johnny Pesky. Legend has it Mel Parnell, who pitched for the Sox before going into broadcasting, gave the pole its name in the 1950s after Pesky won a game for him with a home run that snuck over the right-field wall. Pesky was no power hitter, but because Fenway has the shortest right field line in the majors, shots that would amount to deep flies in other parks land in the seats.

No, it’s not a gathering of Brooklyn hipsters. It’s the bullpens behind the right-field fence and in front of the bleachers at Fenway Park. When the Red Sox added the warmup area back in 1940, home run territory was suddenly 20 feet closer to home plate, which hugely benefitted prolific slugger Ted Williams.

Though Tom Yawkey razed it in 1934, there used to be a 10-foot mound stretching from the foul pole in left field to the flagpole in center at Fenway Park. Named for former left fielder Duffy Lewis, the incline tortured outfielders, who were stuck climbing it to shag flies.

The area inside Fenway stretching from Gate B to Gate C. The newly renovated space is home to some of the park’s most inventive eats as well as tried and true snacks ranging from soft pretzels to cold beers.

Section 42, Row 37, Seat 21. The beacon of red paint in the midst of forest green seats is 502 feet away from home plate, taunting every power hitter who strolls up to bat. It marks the longest home run ever hit at Fenway, which came off Ted Williams’ bat on June 9, 1946.

Yeah, it’s a place to grab a cold one, but it’s also the name of a delicious baseball dessert. The Red Sox Sports Bar is a chocolate-covered vanilla and fudge ice cream treat made by the same company that pioneered the Hoodsie Cup.